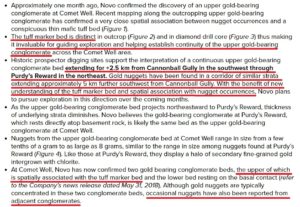 More from the NR:

“Confirmed in situ nugget occurrences and additional detector strikes have been encountered at all four sample sites. As more is learned about the position of the upper gold-bearing conglomerate bed, additional step-out bulk sampling sites will be prepared further east where it trends towards Purdy’s Reward. Areas to the west will also be pursued over the coming months.”

… So far we have 100% hit rate when it comes to IN SITU gold at each sample site. Let’s not forget that day lighting upper conglomerate has already been confirmed gold bearing 250 m to the south-east as well. Except for paleo-highs (topographic highs when the conglomerates were laid down) I don’t see why the gold bearing conglomerates should fade away if we keep confirming the presence of the marker unit and basal conglomerates.

Just play around with some numbers in the “Inferred Resources Calculator” found on my newest site pilbaragoldnews.com and one could quickly realize why Kirkland Lake has invested something like $100,000,000 into this play already. Not only that, but as far as I can see, no insiders have been selling, but rather Sprott has been continuing to buy when the daily volume allows it.

They are also saying they will start opening up more sampling sites from Cannonball Gully towards Purdy’s (in order to tie them together) and try to extend the confirmed sample strike further to the west.

How they are set to tackle the bears biggest argument: 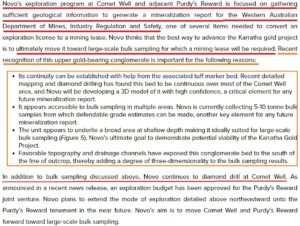 Novo obviously believes that this tuff marker is a very big deal in terms of giving further confidence when it comes to estimating resources for the same hopefully continuous unit. I don’t know if the bashers bothered to read the NR but I would hope that they could acknowledge that this is a positive development that wasn’t officially present just a few months ago. The interesting thing will be when we get news about it’s thickness (where the tuff is more preserved) and of course additional assays.

Last snippet from the NR:

“Fieldwork is generating a rapid evolution in Novo’s understanding of the geology of the deposit. The recently recognized continuity of the upper gold-bearing conglomerate is important to the ultimate trajectory of the Karratha gold project. Samples collected from the upper gold-bearing conglomerate have recently been prioritized. As further exploration updates are provided by Novo, the Company will give guidance as to when these results should be expected.”

… It might only be me, but to me it seems like 1) The tuff is considered to be a very big deal (positive) and 2) That we might be starting to get more frequent updates going forward.

Some figures from the NR: 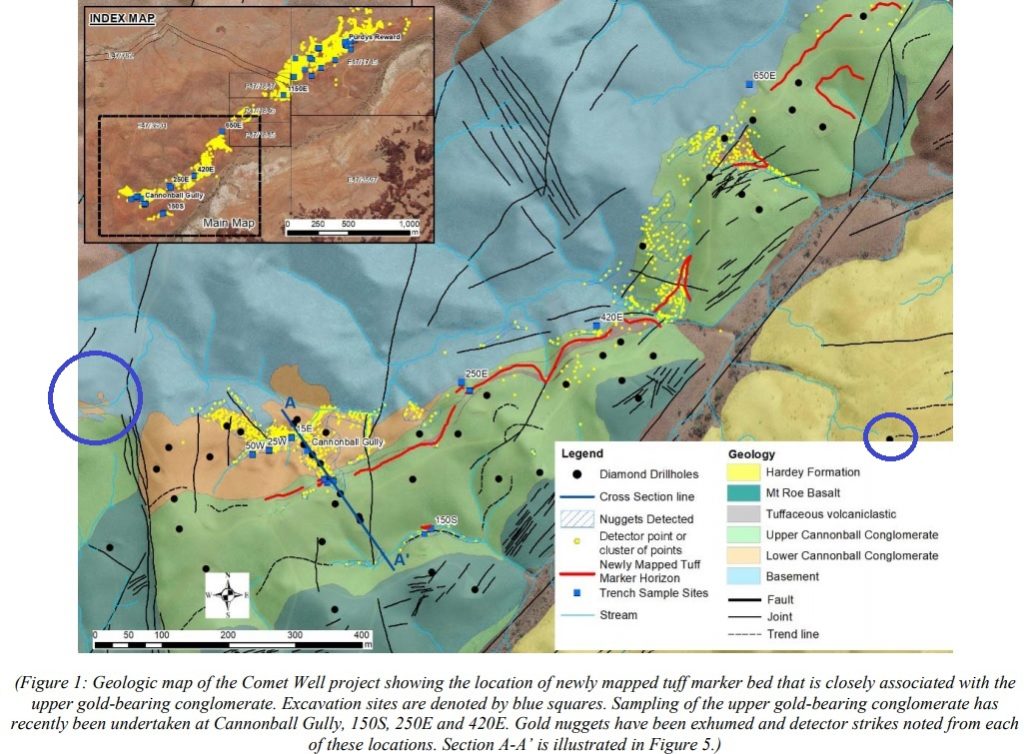 The tuff marker is seemingly becoming more and more important and might help us from multiple angles. It’s also interesting to see “tuff” mentioned in historic exploration reports when they drilled through the lower Fortescue strata many hundreds of kilometers to the east.

Bonus picture as to the potential importance of the tuff unit: 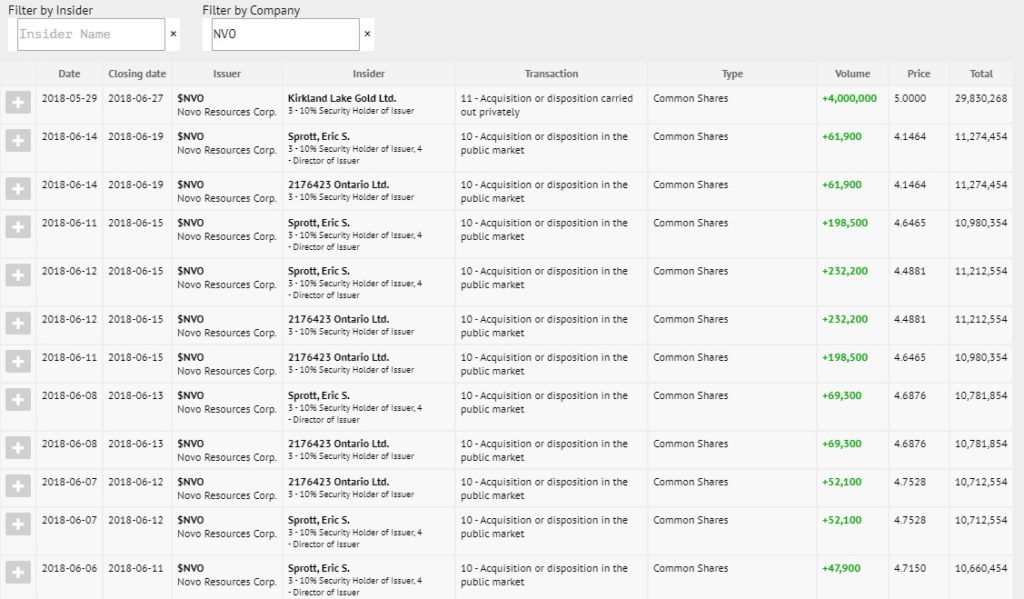 Lastly, the perhaps biggest bullish sign in terms of Comet Well’s prospects to become an actual mine: 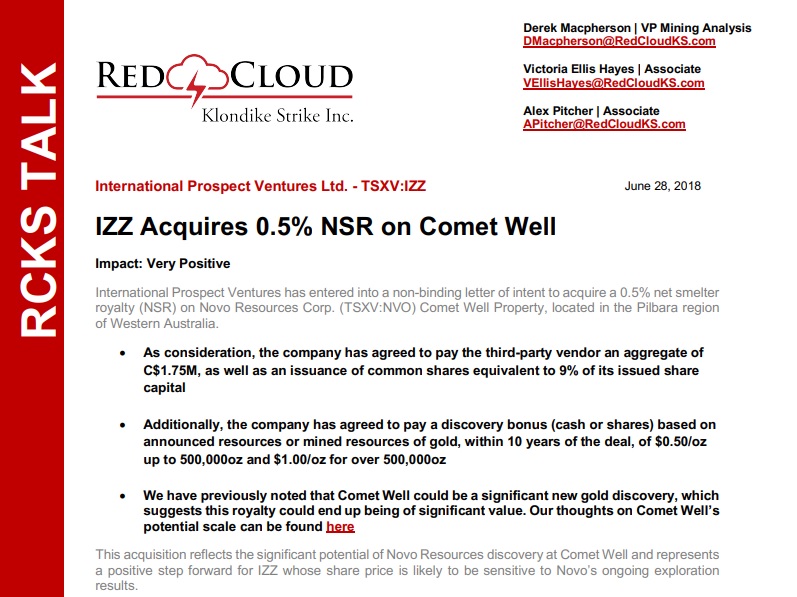 That’s a lot of money (especially in this market) for a junior to spend on something that does not have a high probability of becoming a mine. Again, the bashers claim that Novo got “nothing to support the SP” and that it’s “way too early”… Meanwhile deals are being made all around, insiders are buying even more, and IZZ is on the hook for potentially millions of dollars already. Signs people? Look at what the ACTUAL INSIDERS are doing. They got plenty more information than us outsiders, and they are continuing to give Novo thumbs up.

… I know what I think since I am ridiculously long Novo. Thus I am biased and everyone needs to make up their own mind and do their own DD!

Lastly: Don’t forget about the big picture where CW and Purdy’s Reward is just a small piece, and don’t forget Beaton’s Creek which might be much better than we thought!