I recently had a great call with the CEO, President and & Director of Inflection Resources, Alistair Waddell. It’s a juniors explorer which controls huge land packages in New South Wales and Queensland, Australia. As some will know I already own shares of the company and have been buying a bit every other day lately. Anyway, I am happy to have Inflection Resources on board as a passive banner sponsor of The Hedgeless Horseman because I think it is one of the best grass root exploration stories I have ever seen.

As usual I plan to write a longer piece on Inflection Resources, that explains why I think it’s one of the top investment cases out there, so be on the lookout for that in the coming weeks.

In short I could sum up the case as follows:

The main take away for me is:

The company keeping 100% interest instead of JV’ing it all out right now to decrease risk tells me a lot. That coupled with the huge insider ownership tells me even more since most people are risk averse. So one got to ask oneself what it means when insiders could probably easily JV this out in a $100+ M deal to a major, but chooses to keep 100% of the upside AND risk, with this level of skin in the game. Make no mistake, the company is exploring in the land of giants and it just happens to be a tier #1 jurisdiction as well, where success would get real value: 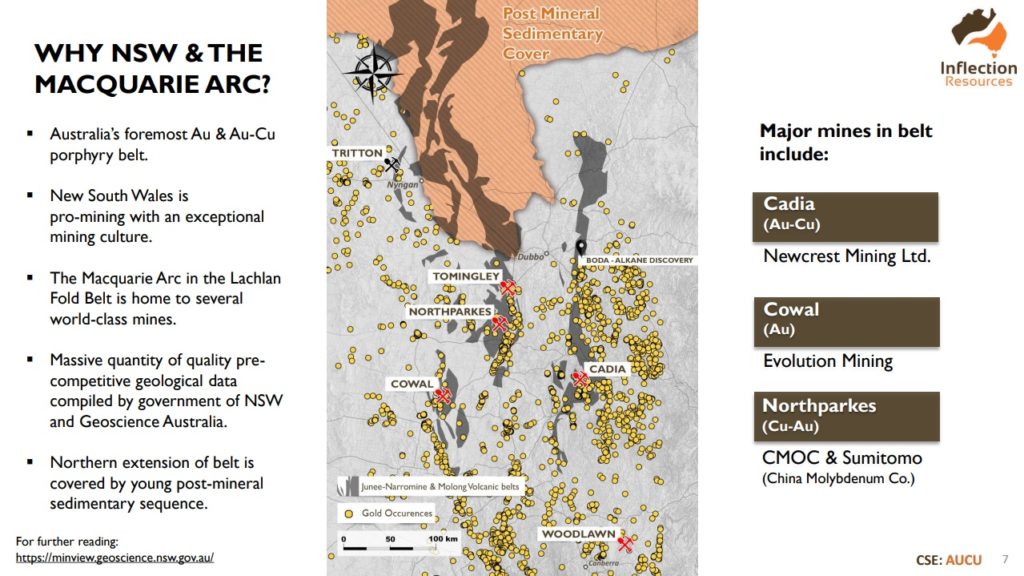 One could guess what a BHP/Rio Tinto worthy deposit would be worth and the best part about Inflection Resources is that they need to be “lucky” ONCE. And they have at least 20 targets.  When you have 20 currently known targets and they have already hit something in the first two one would expect someone to have a brain and go “oh shit”. Well, so far this story seems to be rather unknown, which is why I have been able to soak up quite a bit of shares below $0.50…

If they end up finding what they are looking for this stock could go to truly breath taking levels and it doesn’t hurt that the current valuation is ridiculously low.

I hope to see the company have a lot of success so I can go on a site visit when COVID allows.

(Note: This is not investment advice. Always do your own due diligence.)