Karratha: A New Player in Town

This article will introduce a new Pilbara player and the next Novo article will include geological information that I had completely missed until I was tipped off just recently.

A new player in town: NxGold 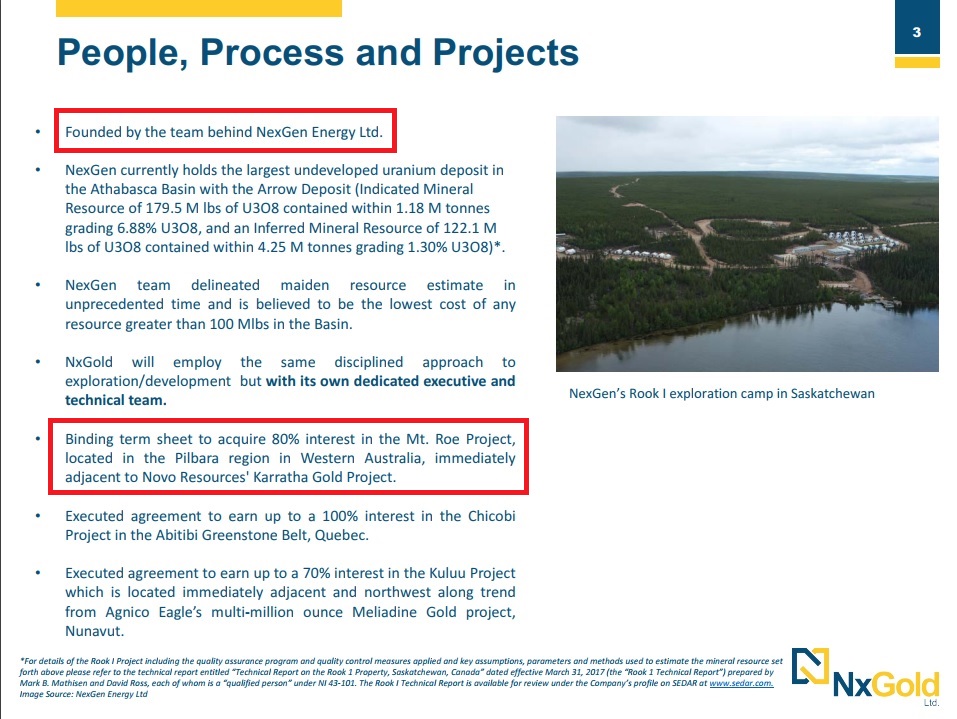 So we got the team behind NexGen Energy Ltd joing the fray in Karratha. In fact, their claims are adjacent to Novo and Artemis’s: 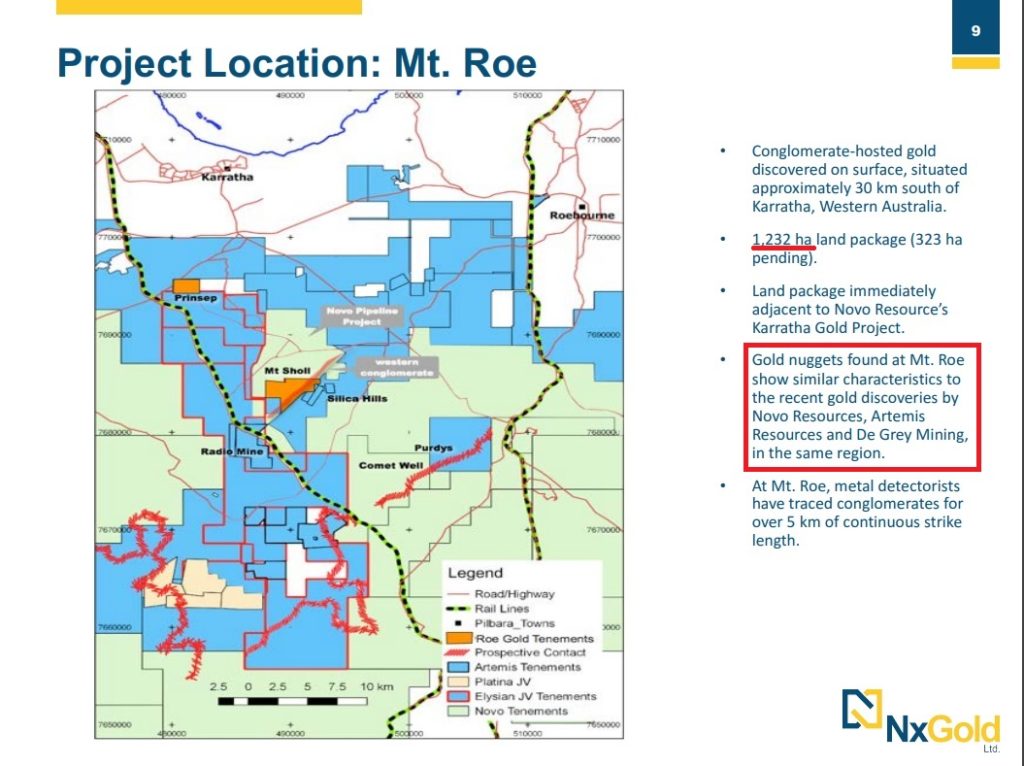 The mapping tool is currently down for me, but I saved some crude snaps when I briefly looked at it. Note that the Novo and Artemis claims aren’t 100% accurate since some of my saved filters have had problems loading: 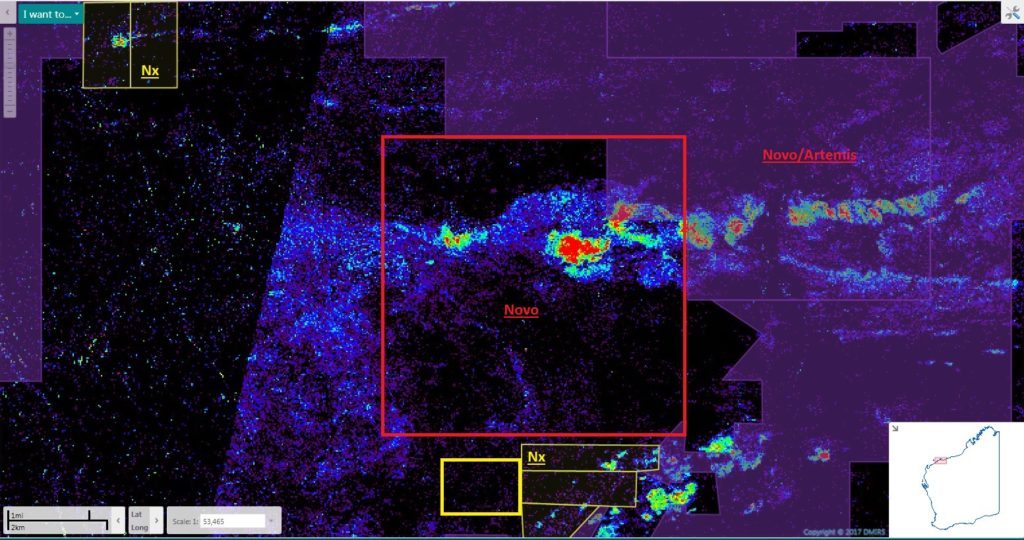 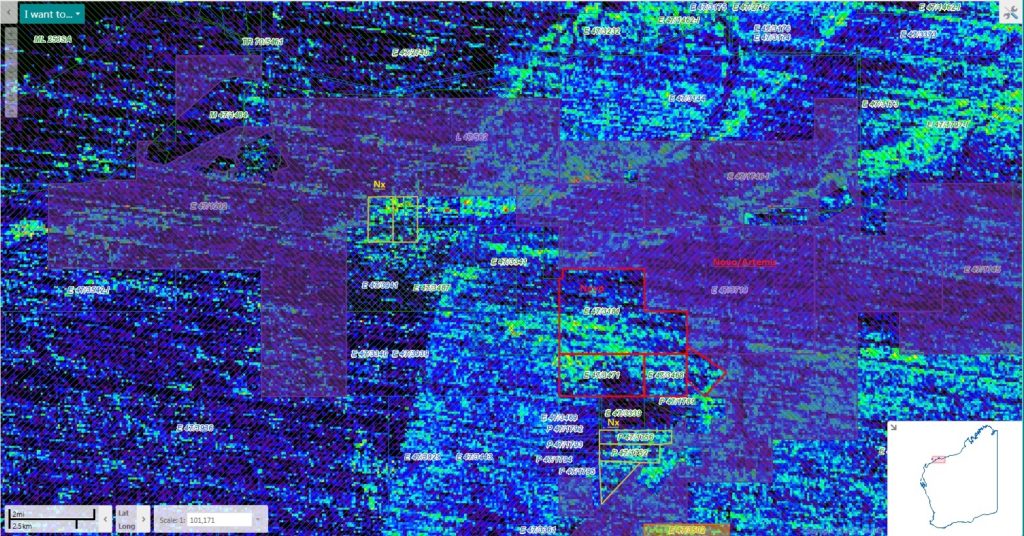 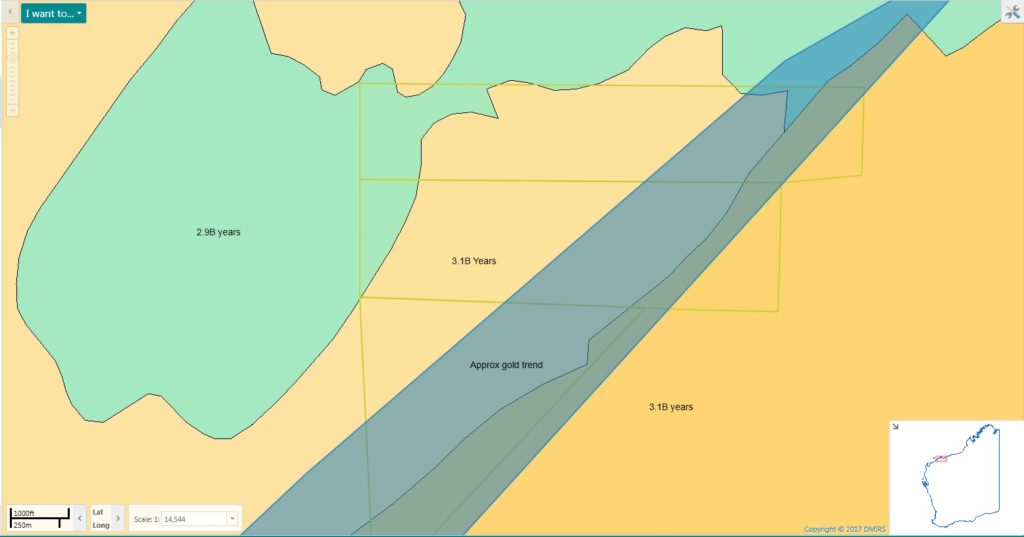 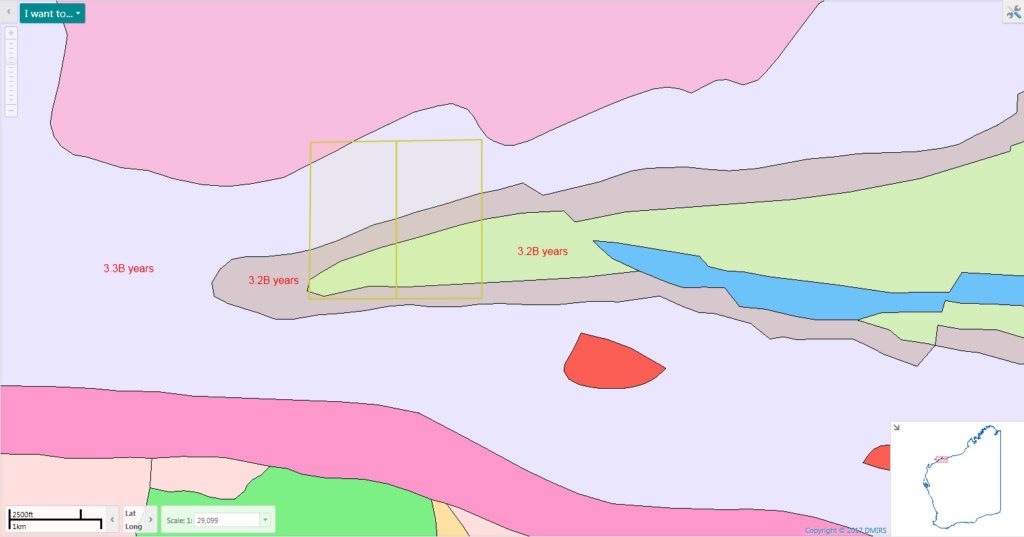 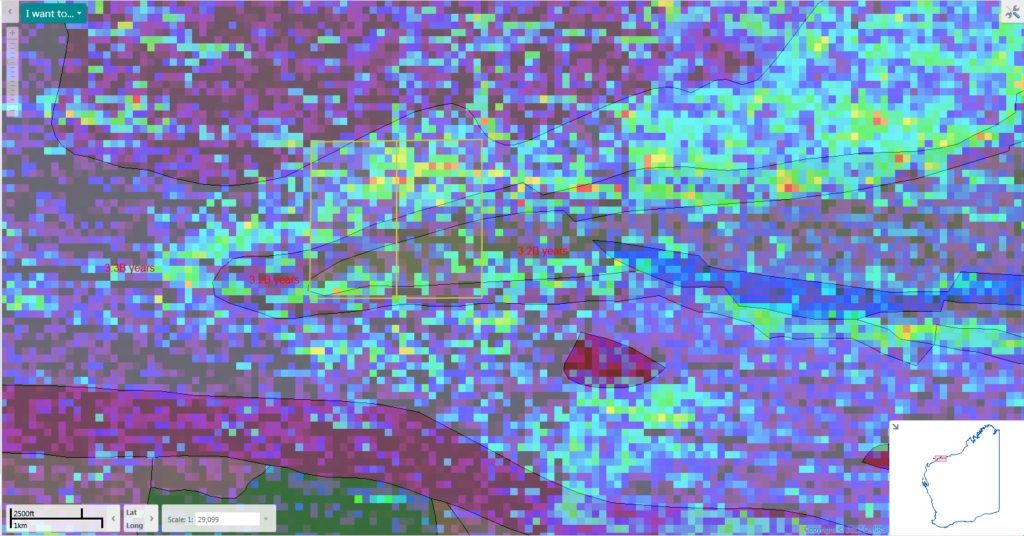 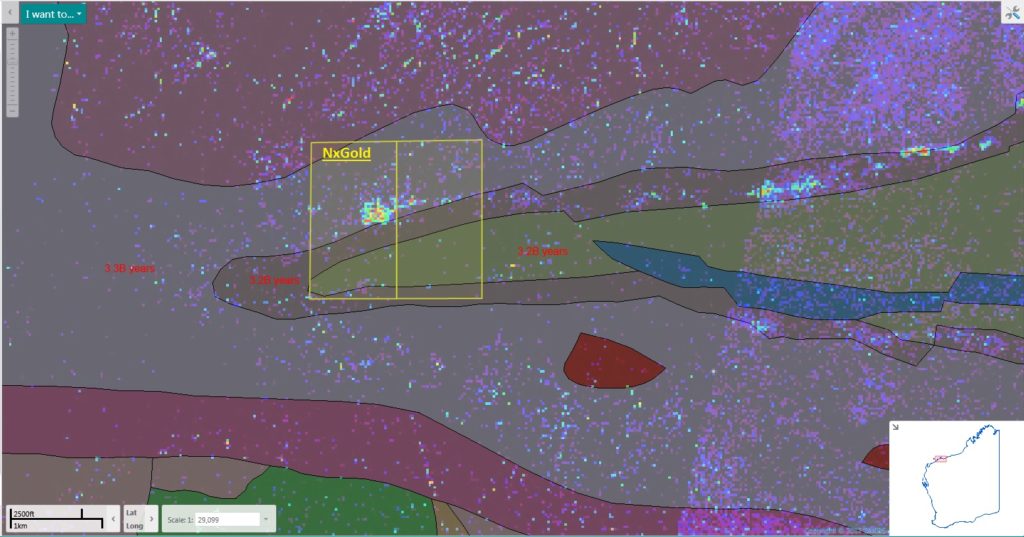 I’m still not saying that my thesis which I laid out in my #2 Pilbara Insider Article is correct (or even close to correct), but I personally consider the findings of gold nuggets at surface are quite interesting coupled with some heightened readings. In that article I did theorize that that there would be more surfacing gold discoveries coming to light than just at/near the edges of where there was Mount Roe Basalt mapped. In this instance, there is no Mount Roe Basalts mapped in close proximity, only formations pre-dating the Mount Roe. The Mount Roe might have simply eroded away, leaving gold bearing rocks at/near surface… Or there is something else going on here. What is apparent is that Novo staked a lot more ground than just where there is intact Mount Roe mapped. If the mapped rock age is correct, then there might be potential for a coarse gold deposition even having taken place even earlier, that might have been capped by much older rock than the 2.8B year old Mt Roe. Note that I’m no geologist and that this is heavy speculation. With that said, there should be a reason for QH having staked a lot of land with older rock formations at surface than the Mount Roe I would guess.

Novo Resources has full or 50-80% interest in 760,000 Ha of land in Karratha. Note that Novo had first mover advantage and picked the claims before any of the multiple Pilbarian juniors that has since joined the fray.

In the NxGold transaction, the implied value of 1,200 Ha of prospective land in Karratha was valued at approximately US$7.3 M.

If we then project that implied value to 760,000 Ha (Novo’s land position in Karratha only), then that would value Novo’s first mover land position at US$4.62 Billion. Now this is certainly nothing one should use as bankable value since there are tonnes of factors that affect the value of any claim block and no patch of land is created equal. Only a fraction of Novo’s claim blocks has been even proven to contain gold, yet.  That crude calculation does not factor in partial ownership either. With that said, it is interesting that the team behind NexGen Energy valued an early stage 1,200 ha land position next to Novo at US$7.3 M on a 100% basis without having found more than a few nuggets as of yet (that is official anyway).

My belief is still that Novo has a lot more knowledge of how widespread the gold is in Pilbara than they are comfortable letting the market know.

I should hopefully have a follow up post up in a day or two which covers some geological information that I recently got tipped off about that I had somehow missed.

Disclaimer: This is not investment advice! I have a large position in Novo Resources and am thus biased. This is a highly risky exploration stock and can be very volatile at times. This post includes my own highly speculative thoughts.