First of all, Novo Resources recently uploaded their November presentation to their site, which included some thoughts on the gold mineralization at Purdy’s Reward. One statement reads as follows: “Novo has confirmed Comet Well-Purdy’s Reward deposit is a near-shore marine alluvial gold deposit”.

Basically rising and falling sea levels repetitively trapped and concentrated the gold found at the current location.  We already knew this was a near shore environment from earlier. The questions are why it’s so rich at Purdy’s/Comet Well, how rich it is at other places and how far and continuous the conglomerates are. It might very well be patchy at some places and the grades may vary a lot, but to say the target Isn’t ridiculously huge is an understatement. We also do not know what we will find if we go down dip into the basin (under cover), but if we have 85 km+ of something along the lines of Purdy’s Reward, that is potentially a tier zero project already. Precipitation? Alluvial? Precipitation + alluvial? Who knows, but this could very well be potentially enormous (very high risk still).

Below is another data point that extends the potential strike length (from my Insider Article) even further than before:

… Sounds similar to our target to me. Now where was this abandoned operation located? 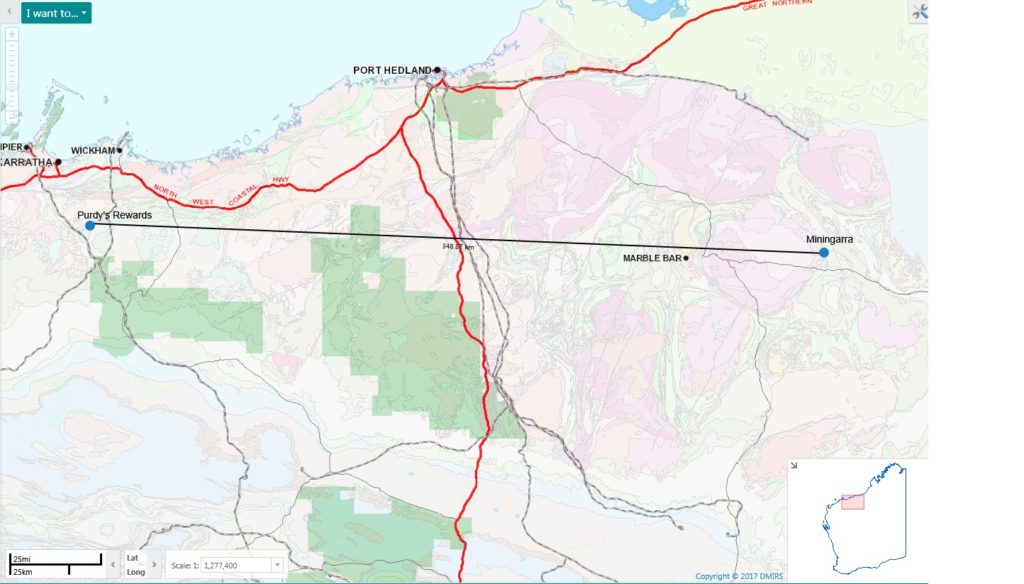 That’s approximately 349 km away from Purdy’s Reward, and we still do not know where it ends further to the west yet.  To quote Eric Sprott: “Sounds like an ocean to me”.

You could also check out my first (and well received I might add) “Insider Release” on Novo Resources HERE.

I would also encourage people to subscribe for email updates in order to get instant notice when a new article has been posted. You can find the SIGN UP box on the front page to the right as well as below every post. Do not forget that you get a CONFIRMATION email sent to you when signing up, and do not forget to check the spam/junk mail folder.

Disclaimer: This is an exploration company and can thus be very volatile and is inherently very risky. I own shares of Novo Resources and am thus biased. I get no compensation from Novo Resources for any of my articles. Always do your own due diligence!