Quinton Hennigh’s presentation has already been uploaded and can be watched HERE.

Things that stood out:

One very positive feeling I got from listening to the presentation was how the relationship between Novo and Sumitomo was characterized. Sumitomo are not interested in a quick profit. They want to have long term relationships where they can help fund ventures and then stand to benefit from said ventures for a long time. All this signals that Novo are deadly serious about becoming a major producer in the future and Sumitomo is obviously comfortable enough to make that bet as well. Thus, my main thing about Novo is not what the share price might do tomorrow, but the opportunity to be part of a long lasting gold producing business. Sumitomo wants returns, long lived returns. If you are a shareholder of Novo you are in the same boat as Sumitomo with the only difference that you own a smaller %. Sure, we are “giving” away some upside at Egina and potentially Beaton’s Creek and Comet Well as well, but this makes it possible for Novo to get cash flowing without having to dilute ITSELF. I mean we are still only talking about a fraction of Novo’s total land holdings. There are numerous dots, aka prospects, found on Novo’s Pilbara map. If the same processes that formed particularly Egina and the Mt Roe conglomerates are somewhat homogeneous in most corners of Pilbara, then we have no idea how many Comet Wells or Eginas we really have. Basically, Comet Well should not be seen as one deposit, it’s just a name of a slice of a much larger deposit. This is the blue sky scenarios…

An entity with practically limitless “roll up” potential. Comet Well is just a name of the outcropping strike within the Comet Well claim block. In reality the Comet Well mineralization might stretch for many kilometers down dip, as well as along strike (to and probably past Purdy’s Reward for example). Egina, Beaton’s Creek and Comet Well are just pieces of a much larger pie, and if you can mine one piece, one should be able to mine a good portion of the whole cake (where it is feasible to mine).

Oh and on the topic of “roll up” potential. Consider the fact that the Tomra sorting machines cost $1 M each and if successful, Novo would not require any processing really. Just drill, blast and crush then off into the ore sorters. No big stationary plant with huge CAPEX would be needed. They could start trial mining a bunch of Mt Roe prospects with limited effort (excluding the permitting etc). Instead of  having to truck ore from each potential deposit to one central mill, they could have multiple low CAPEX operations that would potentially only need to ship say 0.1% of the ore (sorted concentrate) to a hub for further transportation or what not… Yes, unheard of.

In short: I think it’s best to not focus on share appreciation in the short term but rather what % of this future business you are able to acquire. A pure exploration junior or any junior with a project which they have no hope of funding should have share appreciation as the main goal (Sell shares to “greater fools”). A cash flowing and potentially future dividend paying company should be viewed from a yield perspective in my opinion. That is exactly what I think and hope Novo will become, which is very rare in this space. 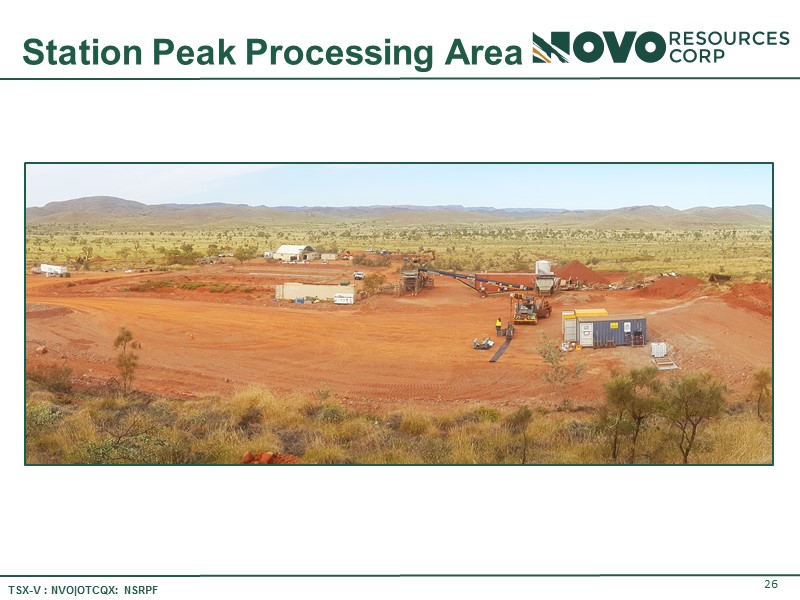 (Note: This is not investment advice and I am not a geologist. Always do your own due diligence. I own shares of Novo Resources which I have bought in the open market and am thus biased. Novo is set to become a sponsor in the not too distant future. )