In a previous post I put up the following chart depicting the recent major divergence between Bitcoin and GDX (gold miner index) and that if recent history is a guide for the future, we should see Bitcoin and GDX converge. 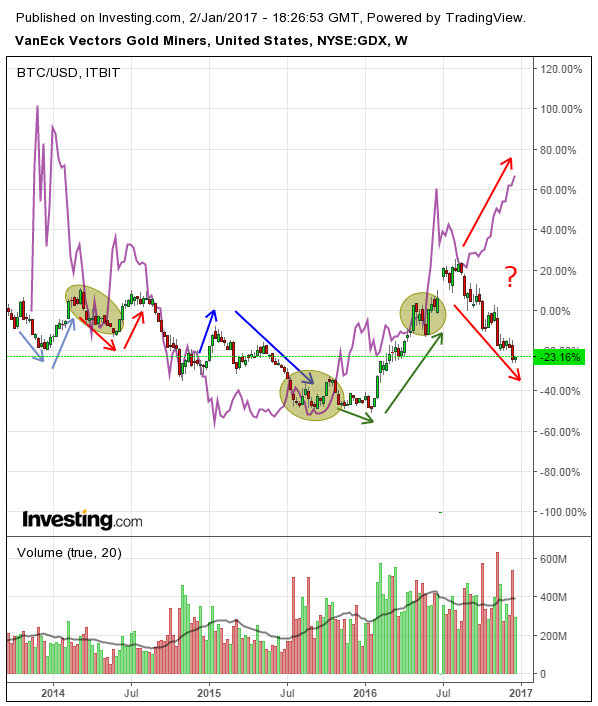 So what has happened since then?… 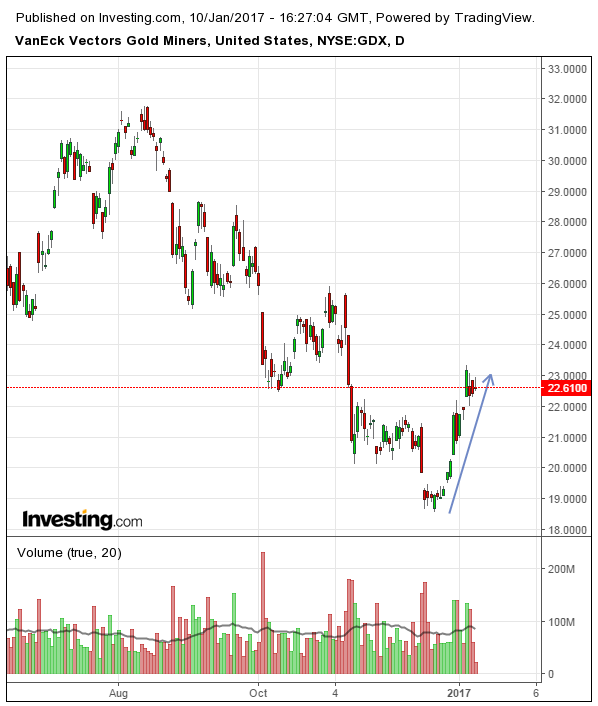 What happens next is anyones guess. Boths assets should have more room for continued convergence.