Dr. Stuart Smith, Director and Head of the Company’s Technical Committee, states “The strong alteration and veining encountered at the Macquarie target, over 100 kilometres north of the previously encountered Trangie and Myallmundi targets, is extremely encouraging and provides validation for Inflection’s regional targeting model. Further encouragement has also been returned from follow-up, step-out drilling at Myallmundi, including the highly significant occurrence of a compositionally diverse, potassically altered intrusive complex. Only wide-spaced drilling has been conducted in the three areas identified so far and abundant space remains for any of them to host a porphyry system of significance.” 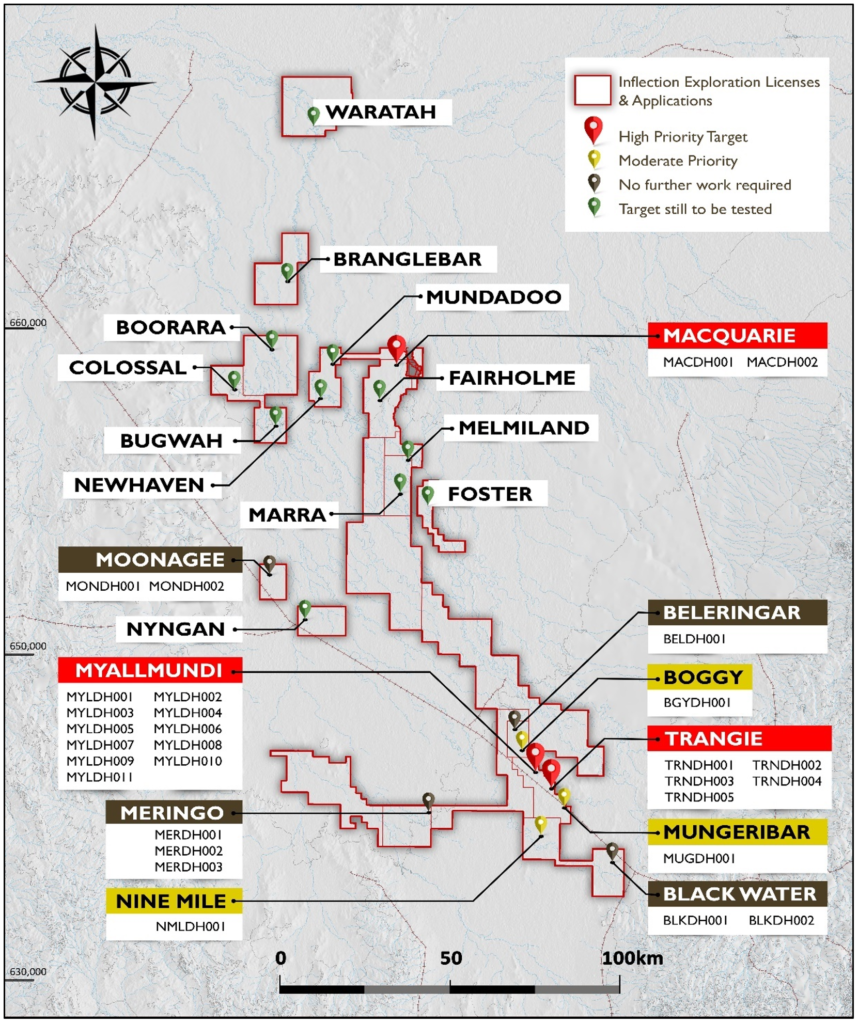