In this article I will try to explain how I think regarding my investing philosophy as well as where I think the most alpha is “hidden” today. 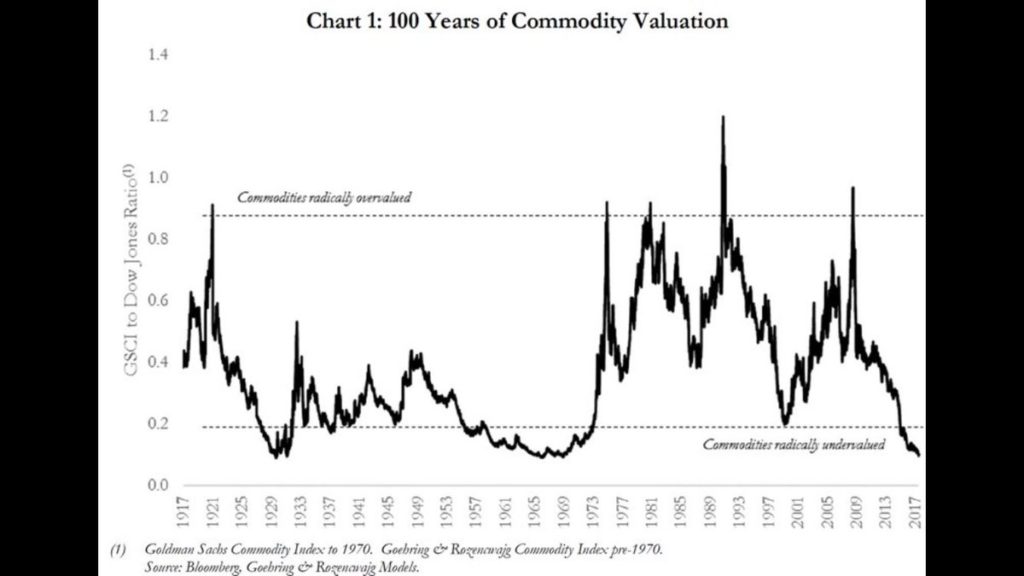 … So commodities are are basically at an all time low vs financial assets. 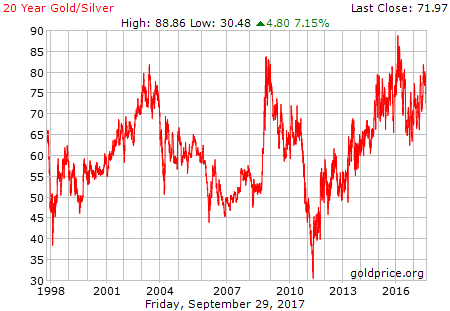 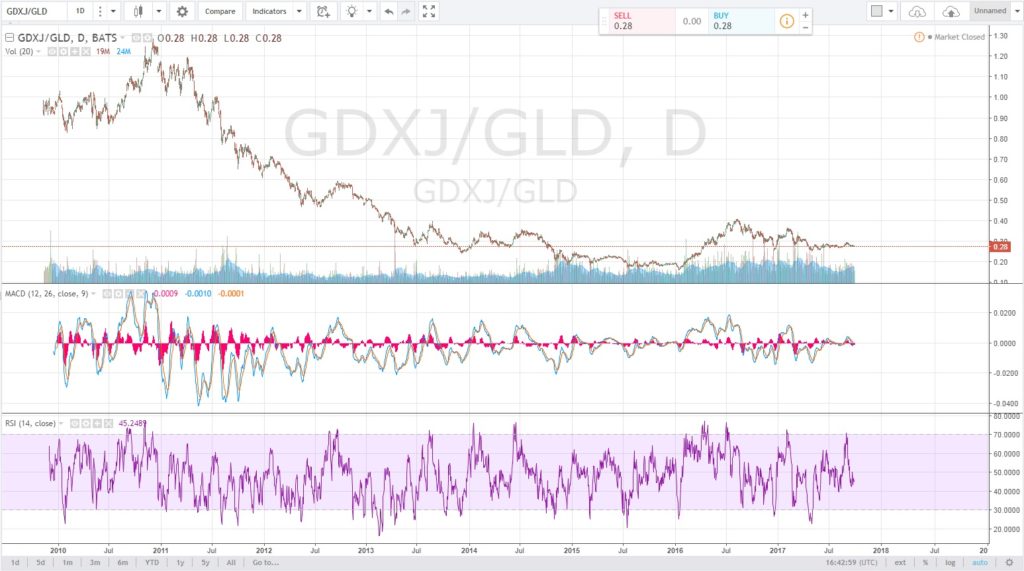 … Miners are undervalued relative to the underlying metals.

The graphs above are the main reasons for why I see the best opportunities in 1) Commodities 2) Silver relative to gold 3) Miners relative to the underlying metals.

It’s like a three layered contrarian play: If commodities are due for reversion to the mean (and probably more), silver is due for revaluation vs gold and miners are due for revaluation relative the mined metals… Then one could argue that all these mean reversions are likely do be compounded in terms of gains. All of these opportunities (especially in the miners) are available because these assets are priced as if metals would forever trade at these levels, or lower. My personal belief is that the market is wrong, ie discounting a far bleaker future than I think will come to pass.

All the above scenarios are highly likely to happen going by historical valuation means. I would also say that I consider some of the exploration plays overvalued relative to the relatively proved and de-risked projects (Not always the case though).

The point I am trying to make is that I believe substantial alpha could/should be achievable by using “time and ratio” arbitrage. One could probably use even more forward looking time time arbitrage factors such as jurisdiction developments as well as trying to judge if certain jurisdictions would get a premium or discount in the future. For example, lets say that China will continue to industrialize/modernize parts of Africa through their “Silk Road” initiatives. Would that mean that ounces in Africa will be revalued higher in the years to come? What if the dollar bear market has really kicked off. Would now be the time to look for more opportunities in the US and perhaps lighten the weight in countries that have been profiting from a stronger dollar these last couple of years?  If the global financial markets gets rocked by a chinese devaluation and/or some other geopolitical event, will ounces in NA get an even higher premium?

It’s hard to know what the future holds, but one thing is certain. The longer something has gone up, the closer it is to a top and vice versa. Stanley Druckenmiller mentioned in one of his interviews that he tries to imagine what the world might look like 18-24 months in the future, and position himself accordingly, today.

If you have followed my musings in this article you should not be surprised as to why I like Dolly Varden and AbraPlata Resources, since they are two companies that I would consider has pretty much all contrarian factors mentioned above in their favor. There are of course tonnes of other factors to consider before investing in any junior company, like quality of management etc.