Palladium has been on quite a tear for the last couple of months: 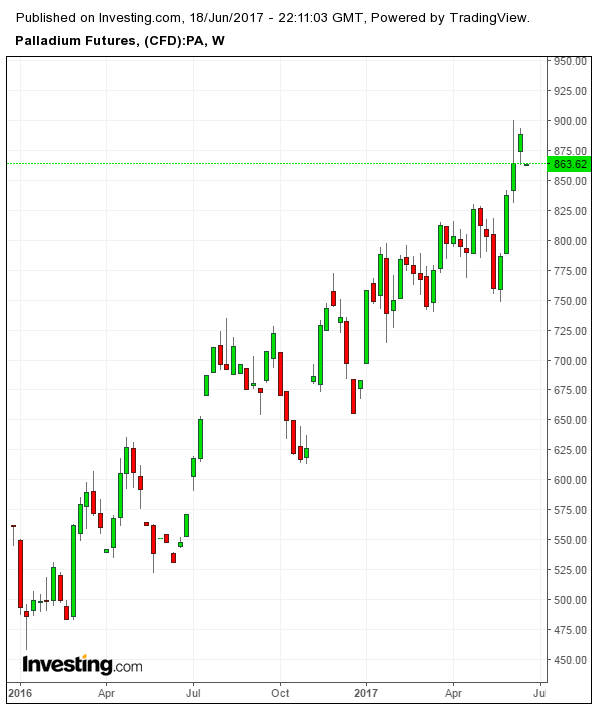 The above graph is certainly a very different picture than gold and silver (unfortunately). Can this latest divergence between the metals be a positive sign going forward? Since the bull market started in late 2015/early 2016 Palladium has shown a tendency to be “correct” as to the path forward for the precious metals complex: 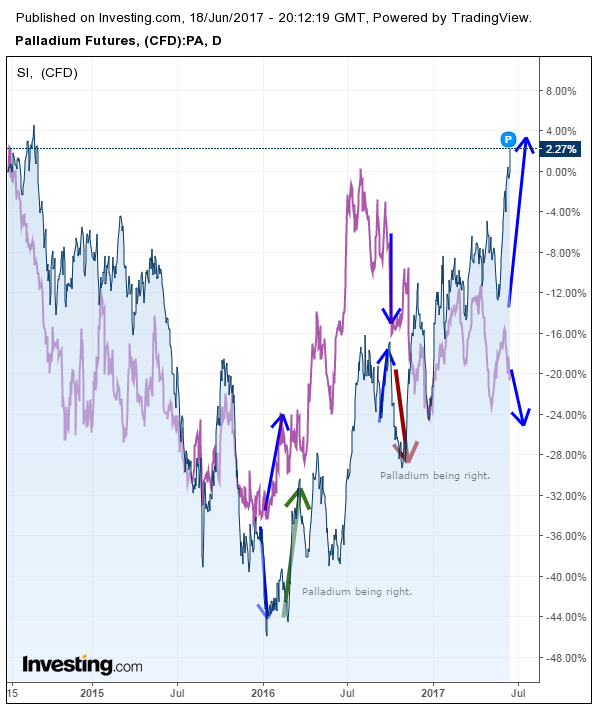 What’s more is the interesting fact that both Palladium as well as the GDX has been trading in consolidation patterns for quite some time. Palladium in an upward channel that saw a false break out to the downside during the “Trump tantrum” and has managed to break out to the upside in the last couple of weeks. GDX on the other hand has been trading in a wedge pattern, which soon will come to conclusion… IF Palladium is in fact leading AND the break out is real, GDX should soon start a massive leg up, fueled by hot money wanting to play the mining index’s break out: 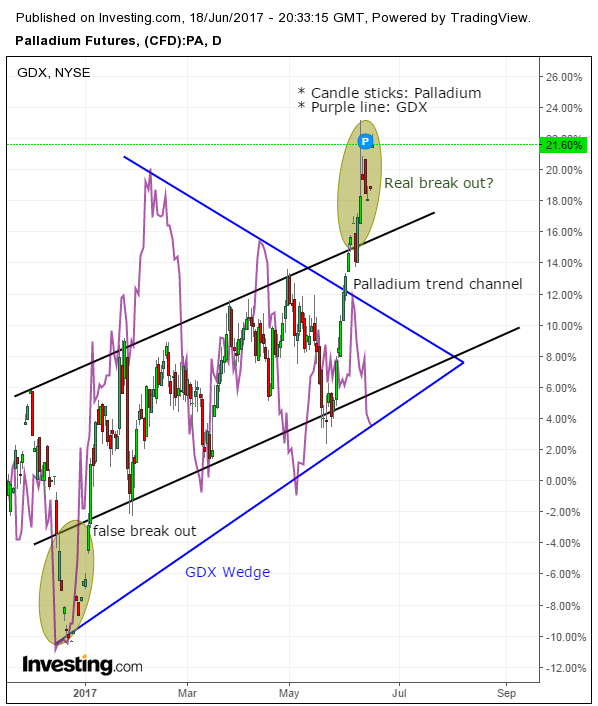 Palladium vs GDX (Daily):  “The wedge and the channel”. (Wedge floor could be drawn a bit lower thou)

We should see some impressive moves in the coming weeks. Only question is what direction it will be, up or down.

Palladium’s seemingly tight market might of course be a very valid reason for it’s performance as described in THIS article, which could mean that this is more of solitary run rather than a prelude regarding a broad precious metal market rally.