I thought I would just summarize some things from the Kereport interview with Quinton that was published a few hours ago, as well as make a few comments on Egina which I did not have the time to put into my last article.

What makes Egina so great is that mother nature has “chopped up” and eroded away the rocks that hosts all the gold layers, and simply left the gold in place. Instead of mining the Upper Cannonball Conglomerate and then removing the say up to 15m of (almost) waste rock to reach the Lower Cannonball Conglomerate, mother nature has already removed the waste rock and liberated the gold in parts of Egina from the hard rock.

I have posted a lot of pictures with quartz readings for Pilbara since I covered my theories in one of my earlier documents done in 2017, and would like to show you a few slides why at least I considered them to potentially be quite important…

A snippet from Keith Barron’s article that cover Novo and Pilbara: 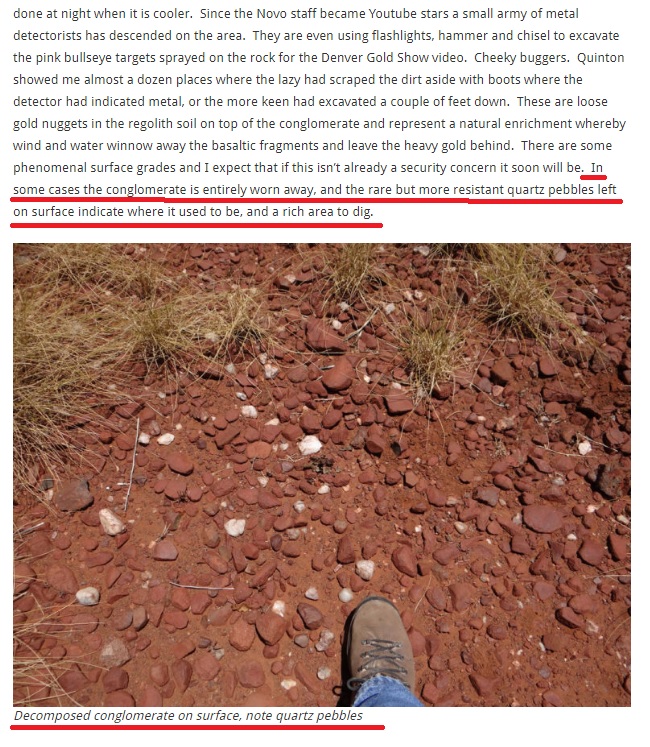 … NOTE(!): “In some cases the conglomerate is entirely worn away, and the rare but more resistant quartz pebbles left on surface indicate where it used to bem abd a rich area to dig.”

Now lets go back to some of my quartz filter pictures I have been posting for over a year: 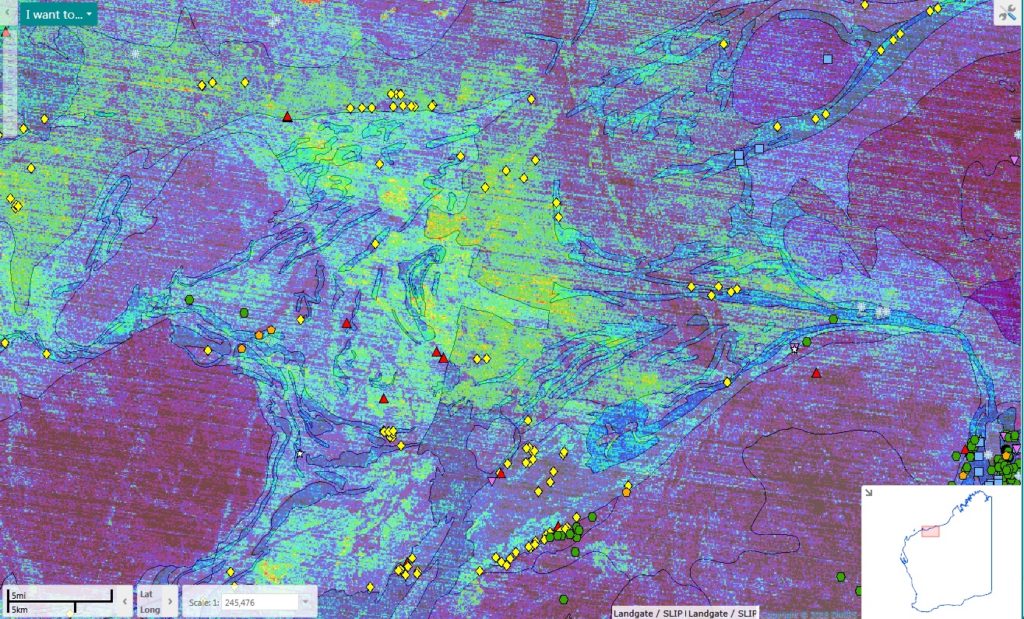 … OK, that might not say much to people, but you might get the picture when we compare it to the Karratha area: 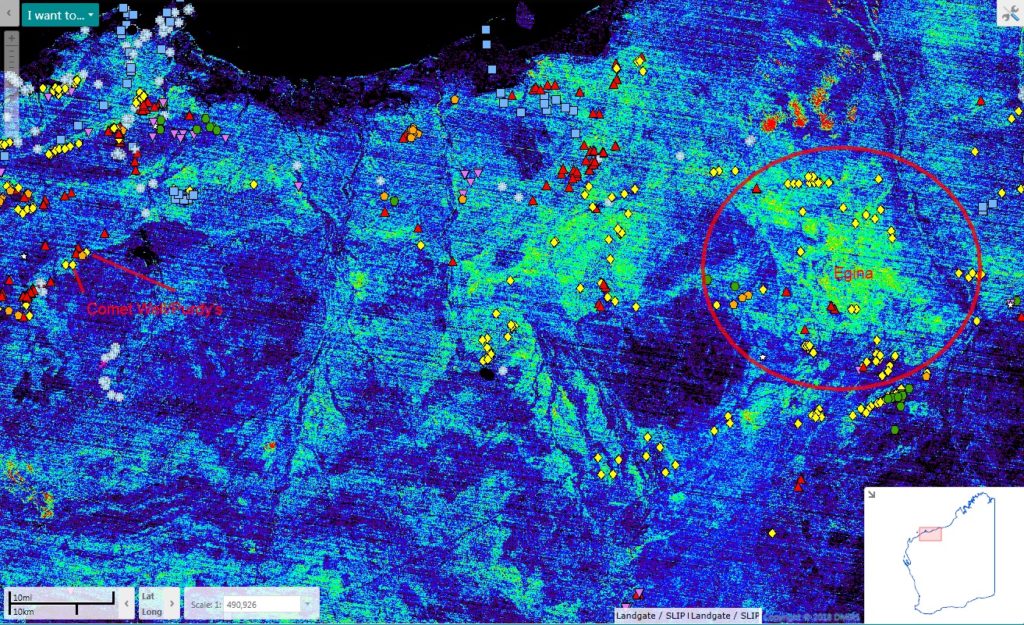 … One can actually spot some “rims” that basically follows the Mt Roe cover near Comet Well and Purdy’s Reward, but the point I am trying to make is that Egina lights up like a Christmas tree compared to most of the Pilbara, where the Mt Roe has already eroded also. Furthermore, one can see that most known gold prospects (in yellow) are concentrated near these high readings. Pilbara is very under-explored, and I think we will uncover a lot in the future… Now you might understand why I have had Novo, Pacton and De Grey in my personal top 4 for quite some time.

Furthermore, here’s an old geological map for the Egina area: 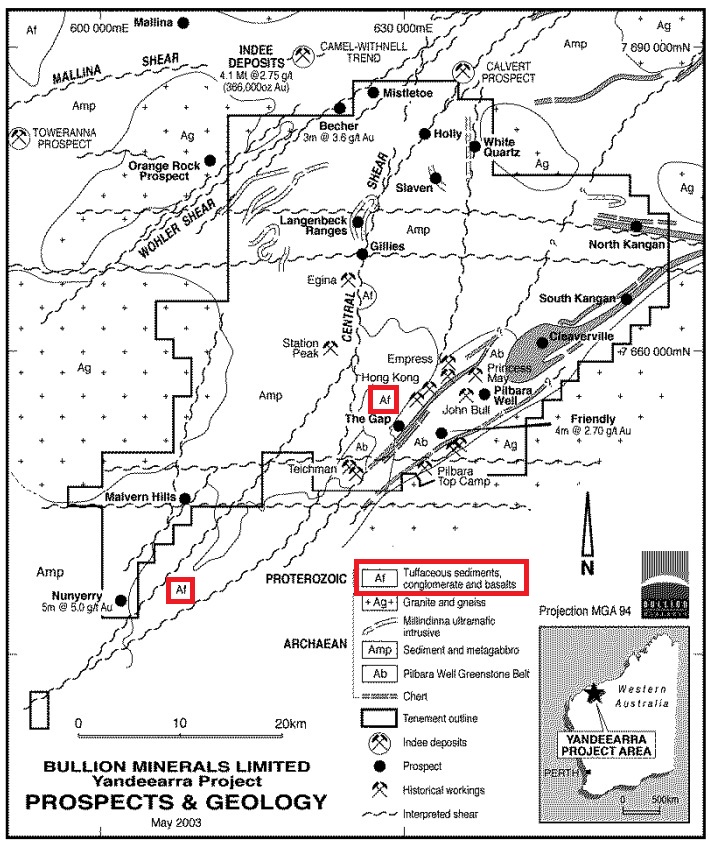 I don’t know how many times I have said I PERSONALLY think that the market is totally clueless and has pretty much ONLY focused on (thus priced in) Comet Well, and that I PERSONALLY think Novo is much much more than just one prospect. Today Quinton said he would probably have started at Egina (“The game changer”) if he knew about it 18 months ago (HH: Man what a pumper I was for pointing out that Novo is much more than CW… And then Quinton basically confirms it a few hours later. Priceless. ). Make of that what you will. I know what I PERSONALLY think Egina type gold might mean for Novo and the Pilbarians, and as always, I think few even account for and/or knows about the new Beaton’s Creek.

But don’t mind me and my clueless “pumping”. There’s obviously a huge amount of people have spent months on DD and knows a lot more than me. Please continue to throw up shares because of some first ever batch of samples that tested a few square meters, at one prospect, from one of the Pilbara targets that Novo controls (Mt Roe). It doesn’t really matter to me, except the fact that I have been able to load up even more shares and lowered by cost basis materially. Novo and the Pilbarians will go where they will go in the long term regardless of what my personal view is. I just happen to think it will be way up over the coming months and years. Only I invest according to my view, and only I will profit (or lose) from it accordingly. Good luck regardless if you sell or buy Novo.

Note! This is NOT investment advice. Junior mining stocks are risky and can be very volatile. Novo Resources has been my largest holding since 2016 and might buy and sell stock at any time. I can’t guarantee 100% accuracy in terms of what is contained in this post and thus would encourage everyone to do their own Due Diligence. This post is contains my personal view on Novo. I have not received any compensation for writing this article.