B2 Gold/Aurion Resources announced a new (potential) gold discovery from three holes drilled, within their JV with Aurion,  where hole IKK21003 ran 1.84 gpt over 52.4 m and ole IKK21002 ran 1.42 gpt over 30.6. These numbers are in line with the first discovery holes out of Ikkari for what it’s worth. 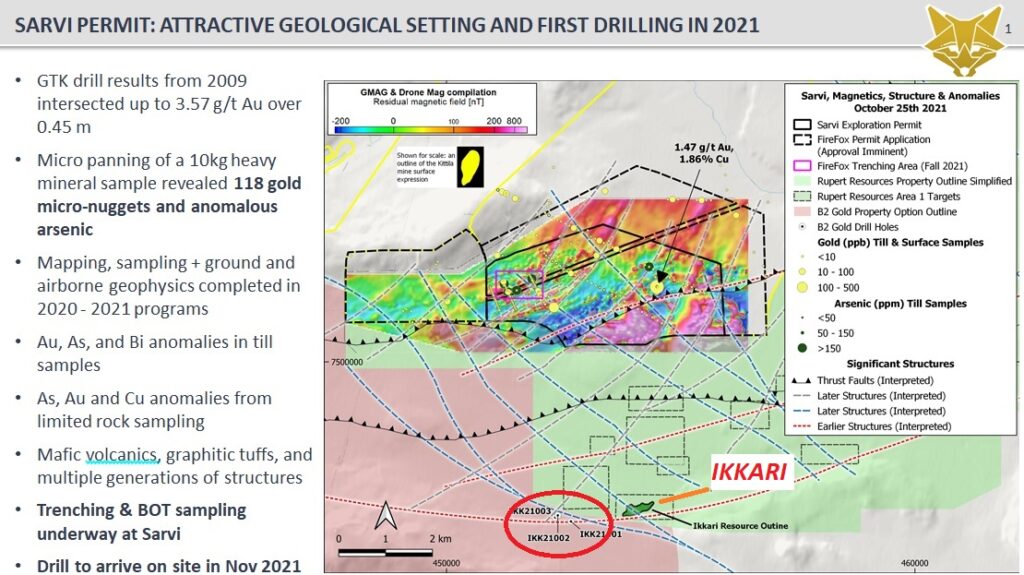 I think this news highlights just how prospective this underexplored Greenstone belt might be and I would guess that FireFox Gold’s massive, 100% owned land position in said belt has gone up in value on the back of this news. Whereas Aurion has JV’d out a lot of their land position (B2 Gold is currently earning into 70% ownership of this potential discovery) FireFox has elected to keep 100% ownership. Right now this strategy is obviously working out well. 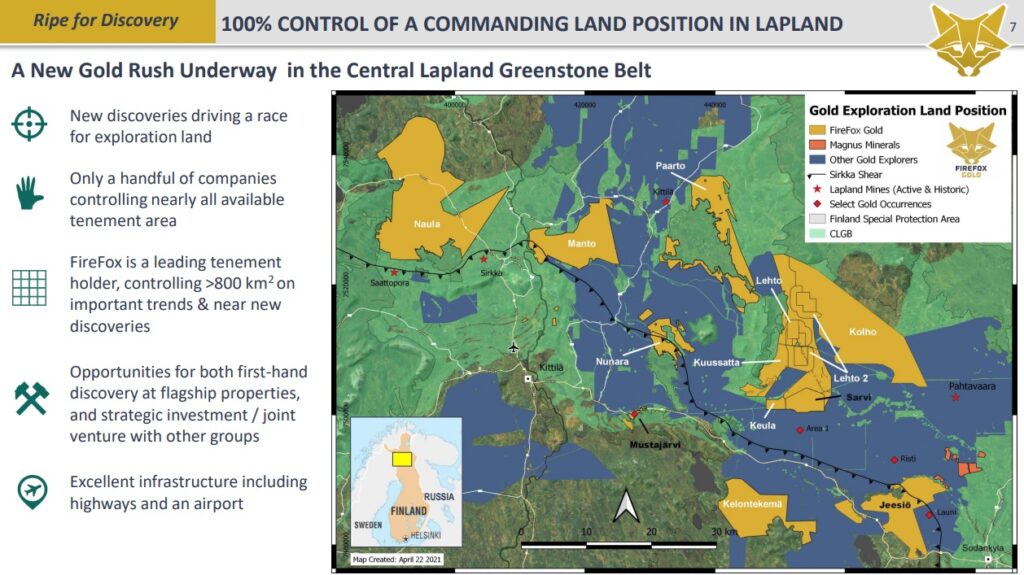 … I think this is a very positive signal value for both NFG and LAB and I would be surprised if it didn’t rub off on LAB.

Note: I own shares of both companies and both are banner sponsors of mine. Assume I am biased. This is not investing advice.