Miners: Are we in for a final flush?

This past week ended on a negative note for the mining indices since GDX and GDXJ seem to have been rejected at the down trend ceiling once again (even though some big individual names have pretty bullish charts): 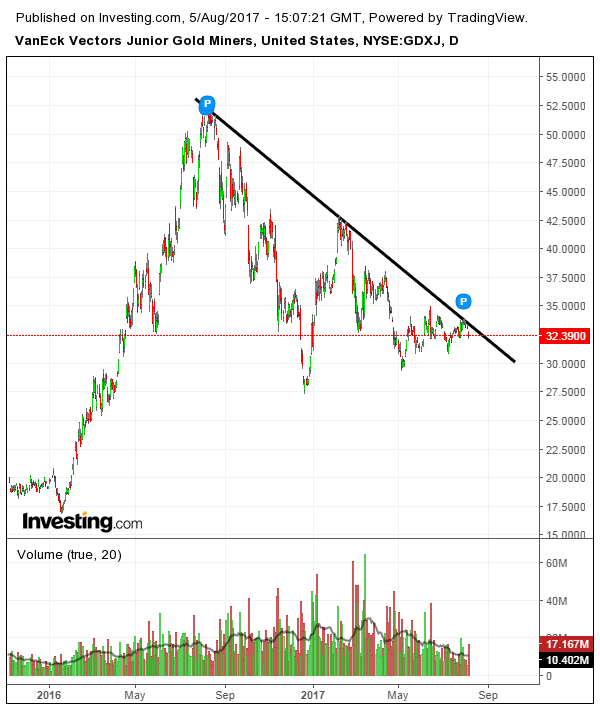 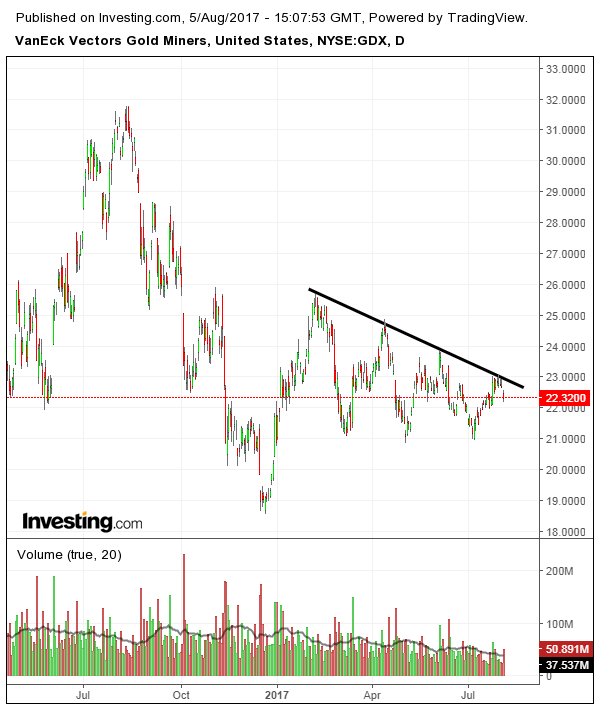 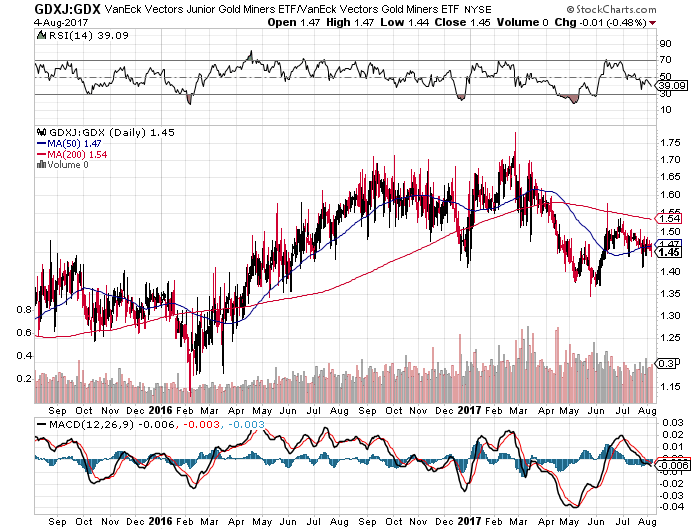 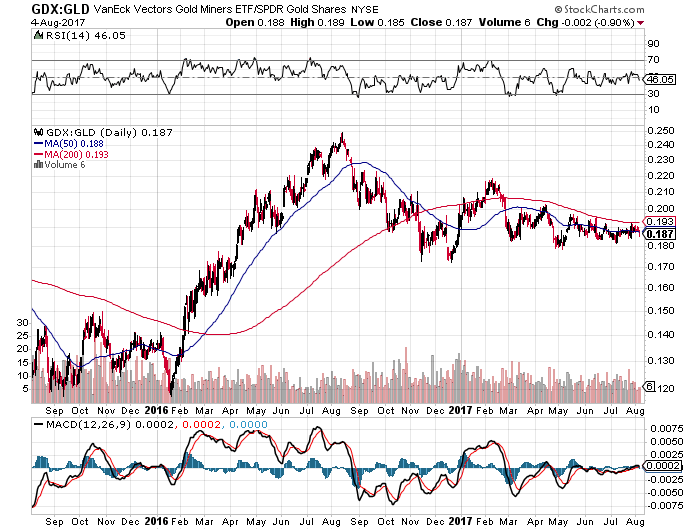 Note: These are all based on the notion that we are in fact in a bull market. If this it not the case, a potential wedge break down would be the real thing. This should not be considered as trading advice.