TORONTO, July 26, 2021 (GLOBE NEWSWIRE) — Galantas Gold Corporation (TSX-V: GAL; AIM: GAL) (“Galantas” or the “Company”) is pleased to announce the imminent commencement of an initial Phase 1 surface and underground exploration program comprising of 4,000 metres of diamond drilling at the Omagh gold mine in Northern Ireland. Drilling will focus on the Kearney and Joshua veins, two of many high-priority targets on the Company’s land package. Underground drilling on the Kearney vein (see figures 1 & 2) will test deeper extensions of mineralized dilation zones targeting higher widths of mineralization within the vein. Drilling will also target continuity and grade of additional mineralized zones running parallel to the main orebody. Drill results will support the mine plan as the Company moves into a new phase of underground mining and accelerated development.

The surface drilling program will target the Joshua vein. The Company will follow up on its best intersection to date of 21.6 metres of 9.9 grams per tonne (g/t) gold (13 metres true width) at a vertical depth of 117.2 metres (hole OML-DD-15-155), which was identified towards the end of the last drilling program in 2015, as announced January 25, 2016. Drilling will also target a central area of the vein 70 metres from where the underground development is first planned to intersect the Joshua vein. Earlier drilling of central Joshua include hole OM-DD-11-103 resulting in 26.6 metres of 8.4 g/t gold (4.5 metres true width) as announced June 11, 2012.

Mario Stifano, CEO of Galantas, commented: “We are excited to kick-off drilling to unlock the significant exploration upside at Omagh, on the heels of our oversubscribed private placement. This exploration program represents a critical opportunity for Galantas to extend the mine life and expand high-grade gold production.”

ITG will trade the securities of Galantas on the TSX-V for the purposes of maintaining an orderly market. In consideration of the services provided by ITG, the Company will pay ITG a monthly cash fee of CAD$5,000 for a minimum term of three months and renewable thereafter. Galantas and ITG are unrelated and unaffiliated entities. ITG will not receive shares or options as compensation. The capital used for market making will be provided by ITG.

Figure 1: Overview of the location of the main veins relative to other drill targets.

Scientific or technical disclosures in this press release have been reviewed and approved by Dr. Sarah Coulter, who is considered, by virtue of her education, experience and professional association, a Qualified Person under the terms of NI 43-101. Dr. Coulter is not considered independent under NI 43-101 as she is the Chief Geologist of Galantas Gold Corporation.

Galantas Gold Corporation is a Canadian public company that trades on the TSX-Venture Exchange and the London Stock Exchange AIM market, both under the symbol GAL. The Company’s strategy is to create shareholder value by operating and expanding Ireland’s first gold mine.

This press release contains forward-looking statements within the meaning of the United States Private Securities Litigation Reform Act of 1995 and applicable Canadian securities laws, including the new phase of underground mining, accelerated mine development and the results of exploration programs, for the Omagh Gold project. Forward-looking statements are based on estimates and assumptions made by Galantas in light of its experience and perception of historical trends, current conditions and expected future developments, as well as other factors that Galantas believes are appropriate in the circumstances. Many factors could cause Galantas’ actual results, the performance or achievements to differ materially from those expressed or implied by the forward looking statements or strategy, including: gold price volatility; discrepancies between actual and estimated production, actual and estimated metallurgical recoveries and throughputs; mining operational risk, geological uncertainties; regulatory restrictions, including environmental regulatory restrictions and liability; risks of sovereign involvement; speculative nature of gold exploration; dilution; competition; loss of or availability of key employees; additional funding requirements; uncertainties regarding planning and other permitting issues; and defective title to mineral claims or property. These factors and others that could affect Galantas’ forward-looking statements are discussed in greater detail in the section entitled “Risk Factors” in Galantas’ Management Discussion & Analysis of the financial statements of Galantas and elsewhere in documents filed from time to time with the Canadian provincial securities regulators and other regulatory authorities. These factors should be considered carefully, and persons reviewing this press release should not place undue reliance on forward-looking statements. Galantas has no intention and undertakes no obligation to update or revise any forward-looking statements in this press release, except as required by law. 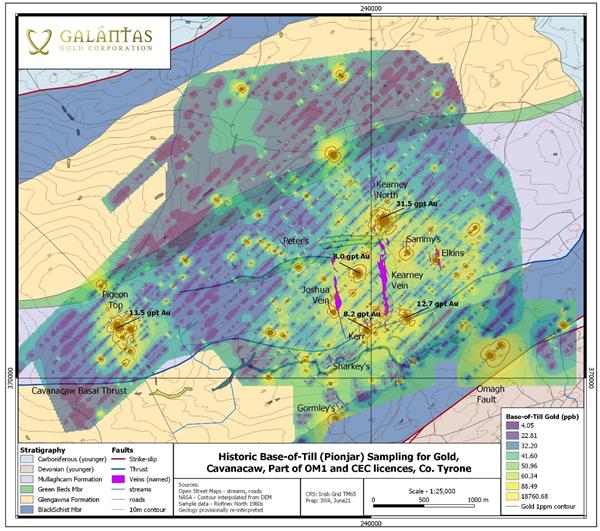 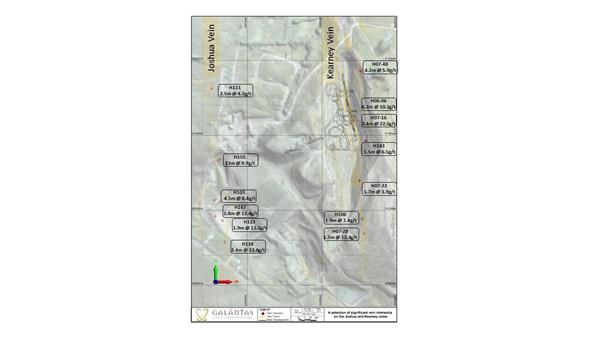