This is Novo’s land package in Pilbara: 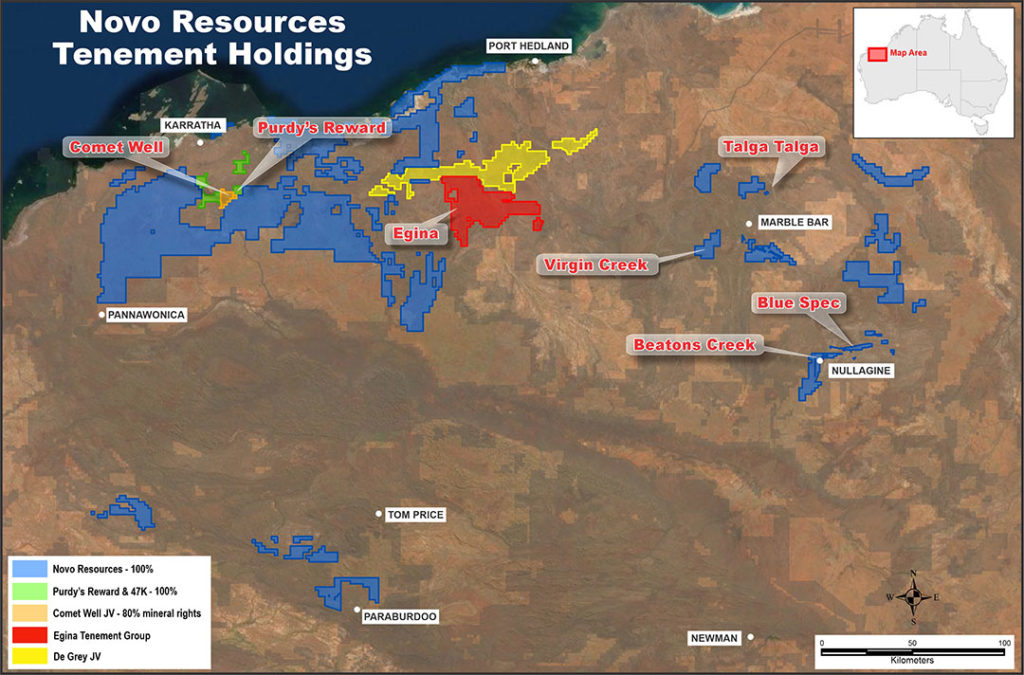 The US$37 B enterprise (and insider) known as Sumitomo Corporation currently is currently earning into 40% of the area seen in RED, in a staged approach, for US$30 M. The third party risk-adjusted value for Novo’s slice (60%) in that red is thus US$45 M. Now given that a corporation as big as Sumitomo couldn’t care less for a prize estimated to be worth US$30 M+ we can safely assume that if the venture is successful then it should be worth a lot more than that. Given that that this is still early stage and highly unconventional the pricing of the option will of course have a huge discount to the prize because of the inherent challenges.

In July 2018, Novo Resources exercised its rights to acquire half of the 1% NSR on the Comet Well property which means that Kirkland Lake and Eric Sprott signed off on this purchase. This purchase was triggered when International Prospect Ventures (IZZ) entered into LOI for acquisition of the NSR on Comet Well. Anyway, a 0.5% NSR on the very early stage Comet Well was deemed to be worth atleast C$1,750,000 by IZZ and Novo (which also means Kirkland Lake by extension). There were added payments included such as:

Thus we can conclude that International Prospecting Ventures, Novo and Kirkland Lake believed that a 0.5% NSR, on just the relatively small and very early stage Orange claim in the picture above, was worth C$1,750,000 and more at that time. If you look around you won’t find many transactions that value a 0.5% royalty on a single claim this “small” and this early stage at that price.

… All that is just for Egina, Beaton’s Creek and one claim containing Bellary Formation.

If we scale it up even beyond the ultra district play on laterally extending gold deposits then we get something like this (which still doesn’t even capture everything): 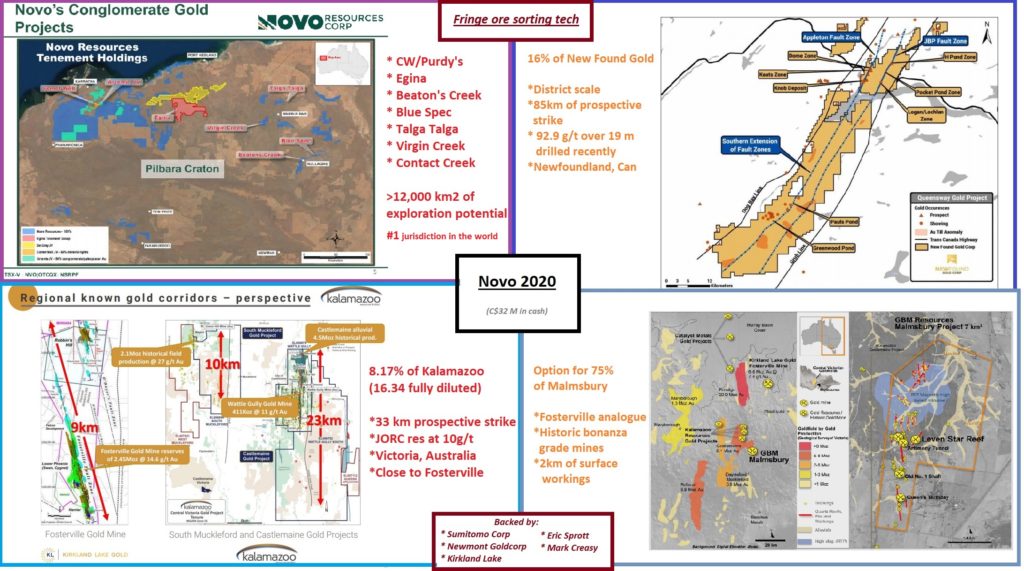 Or you could  simply look up the Resource Estimate for the single most advanced project which is Beaton’s Creek and assign that as the only intrinsic, implied and/or expected value in Novo and have a good day…  That seems to be the most popular route. If you think that neglecting to ascribe any value at all to any of the following factors is a wee bit of a simplistic way of valuing Novo then you are surprisingly a full blown contrarian investor:

If one wants to visualize it, this kind of valuation method puts ZERO value on everything which is crossed over in the slide below: 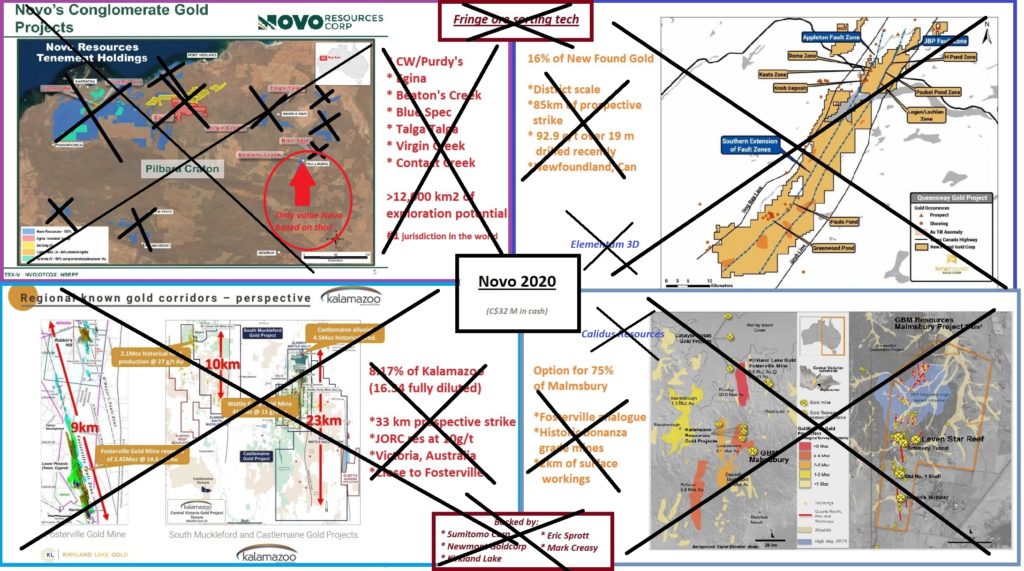 Ps. Never interrupt an “enemy” when he is making a mistake as the saying goes…

What all of MinTwit is currently patting themselves on the back and agreeing is excellent security analysis is to neglect everything above and value Novo ONLY on a snapshot resources estimate found in one single project. If you ever doubted why it might be a good idea to learn about sound investing and potentially invest in the most inefficient sub sector of the market then this should take away all that doubt. This sector is like playing the game of investing on easy mode. It’s pretty much a walk over in some cases. I have tried my hardest not to be too sarcastic about all this despite how extremely amusing I find it. When I think about it, the report and all that ensued after it is perhaps the single best bull sign I have ever seen for a stock. If a majority of people are actually going about investing like this then it means that your “competition” is pretty much asleep.

To be fair, I don’t think that people actually are stupid. Novo is the largest and most complex case that I know of and to really grasp the value proposition I think you need to put in at least a few hundreds of hours to even have a shot. Less than that and you are bound to sound stupid because you will be focusing on one tree and not thus not see the forest.

The most important thing is to THINK FOR YOURSELF.

5 thoughts on “Novo: Investing is Hard”