GDXJ: Time to Look For Opportunities?

Perhaps you have heard about the issues Van Eck have had in regards to GDXJ, in that the ETF has experienced such big inflow volumes that it started to push 10%+ ownership in some miners. This has led to operational problems and can lead to legal problem down the road…

Themacrotourist.com made a very good post about the problems facing Van Eck and GDXJ.

The implications of Van Eck being forced to reshuffle and reform it’s junior mining index is that it is force selling/buying mining equities that inevitably leads to company valuations being cheaper or more expensive respectively (all else being equal), that is not due to fundamental changes.

Situations like these can create opportunities to buy shares at a discount and/or take profits in some established positions at a premium.

There are indications that “someone” is using this reshuffling in GDXJ as a good entry point: The numbers above are quite staggering to say the least. Active buyers vastly outnumbered active sellers in GDXJ. Some investors obviously are bullish enough to pile into GDXJ even though the current sentiment is pretty poor given that miners overall have under performed quite a bit vs gold in the last couple of weeks.

Found in the the same article describing the problems with GDXJ are two sheets made by TD’s Peter Haynes, depicting the portfolio changes that will take place in the GDXJ portfolio: 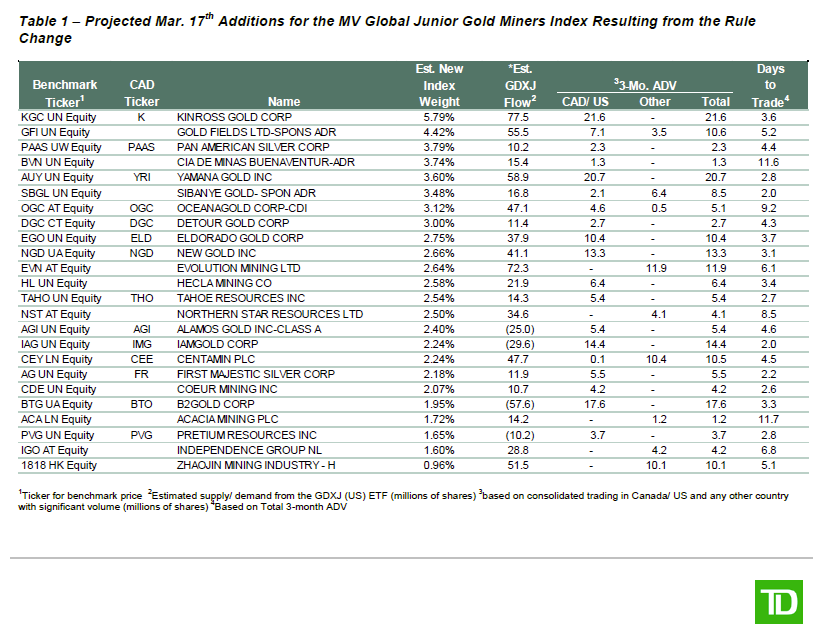 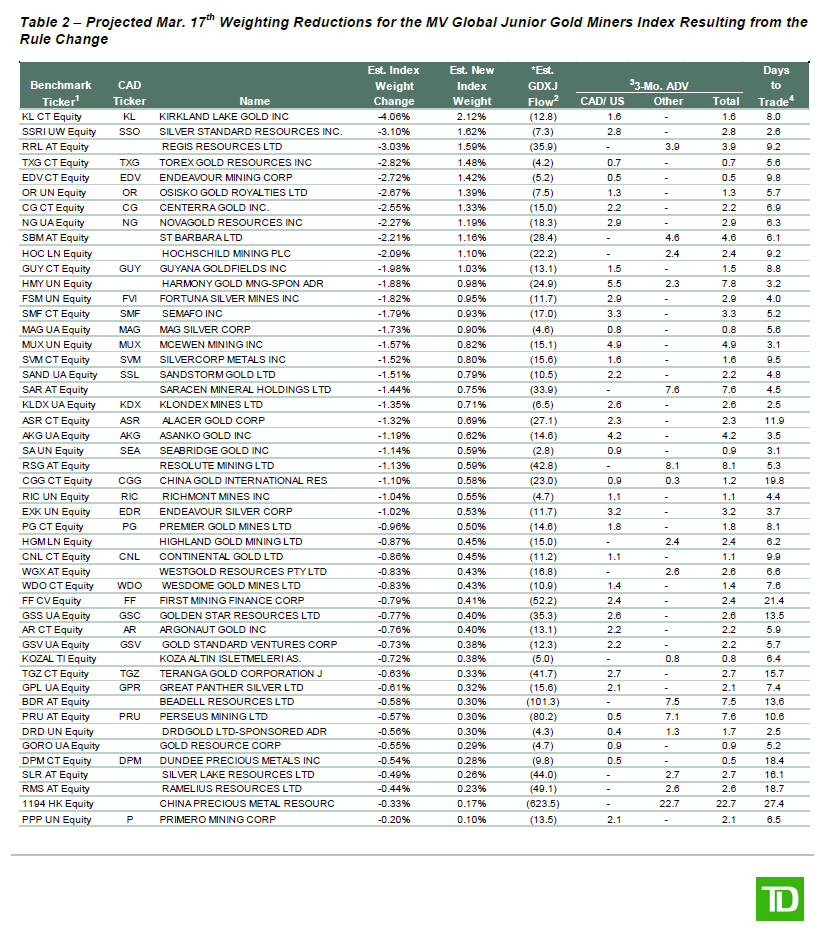 Personally I am taking a hard look on shares in companies that are being disposed off, to potentially start accumulating a position at a time when there are discounted shares to buy in the public market. Even if we have further downside in gold, some shares may already be priced for a gold price lower than where we are today.