As stated in the most recent news release we are currently awaiting the results from three broad mineralized intervals from the first two holes into the Omu Sinter. So far only an 7.5m interval located at the start of the “primary” structure from hole #2 has been released. An interval that as many know hit a narrow intercept of quartz vein(s) that graded 135 g/t AuEQ. Next interval to be assayed from hole #2 is an approximately 150m long interval that follows this narrow high-grade hit: 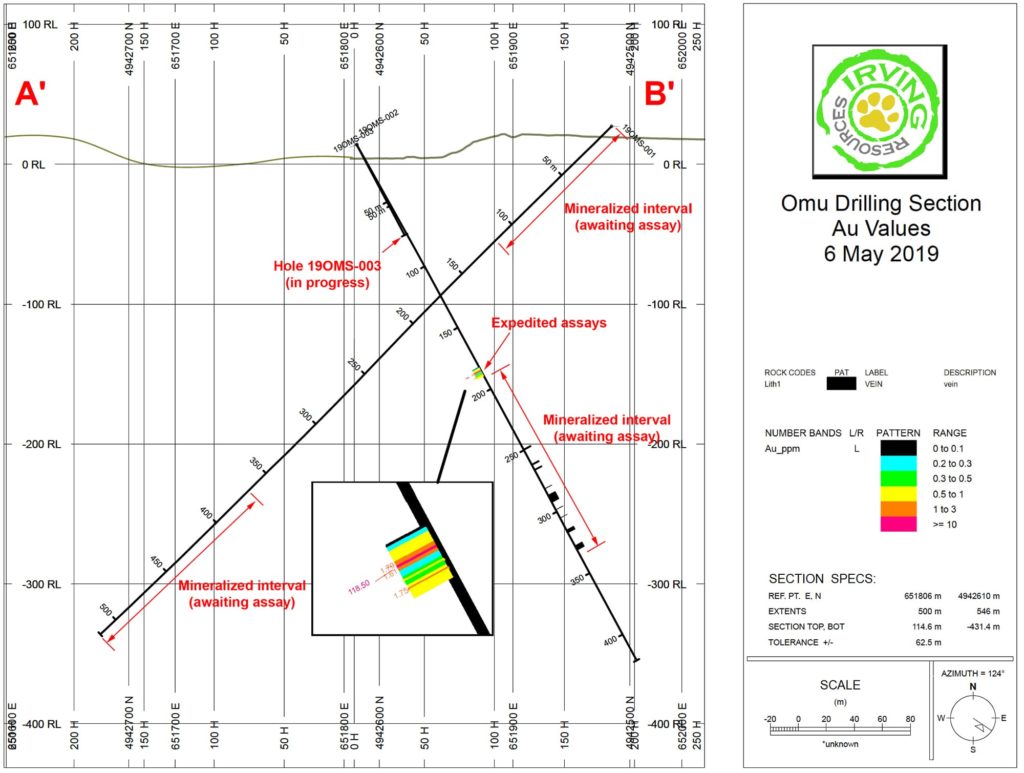 As you can see in the slide above there were pieces of vein material (primarily fragments I think) found in that interval. This interval looks to contain a lot of breccia/stockworks and is probably the one interval out of those three with the best odds of possibly containing some broad intervals of decent mineralisation. I’m not banking on any barn burners from any of the three broad intervals but I am open to the possibility of further positive surprises from this first ever drill campaign at the Omy Sinter.

There is without question some interesting core visuals that indeed looks like classic banded quartz veining (“Ginguro”), as per the previous drawing:

(Note: The following red circles were drawn by me!) 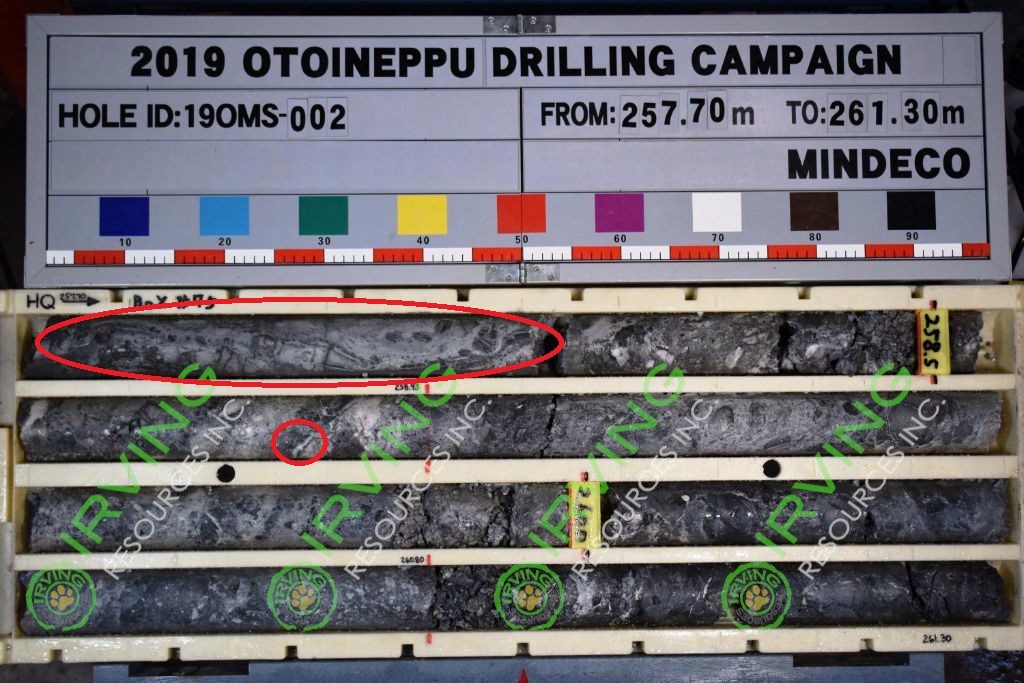 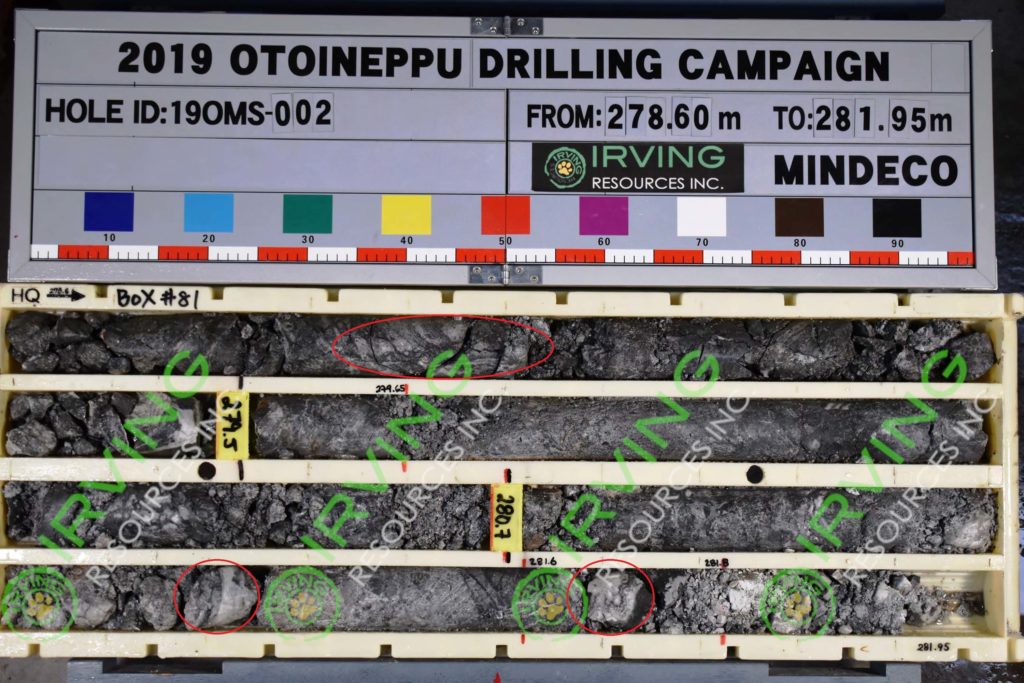 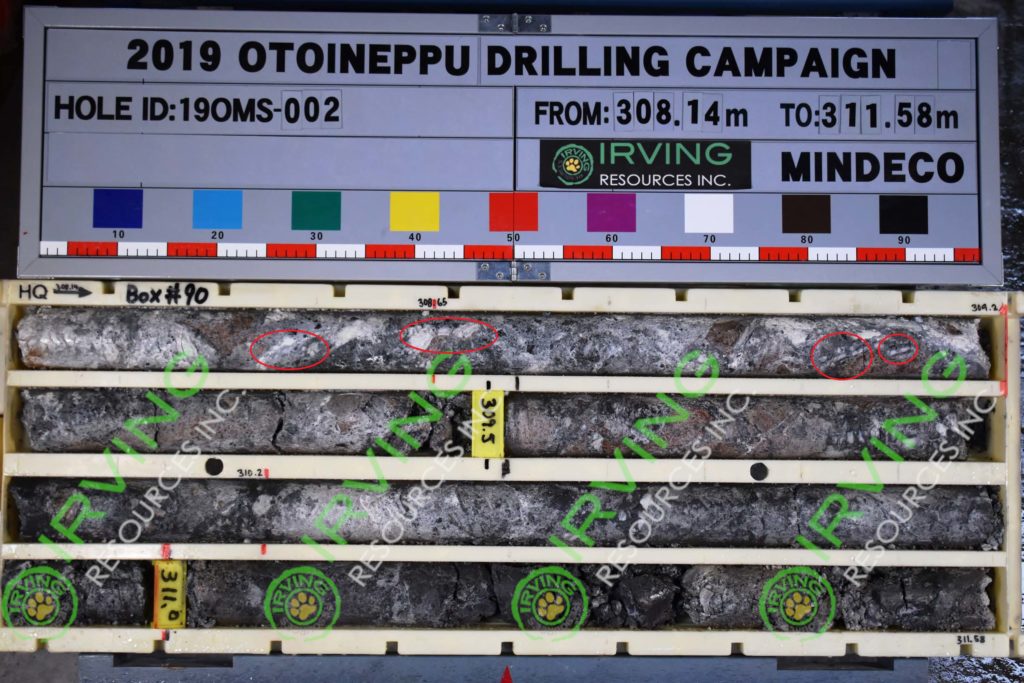 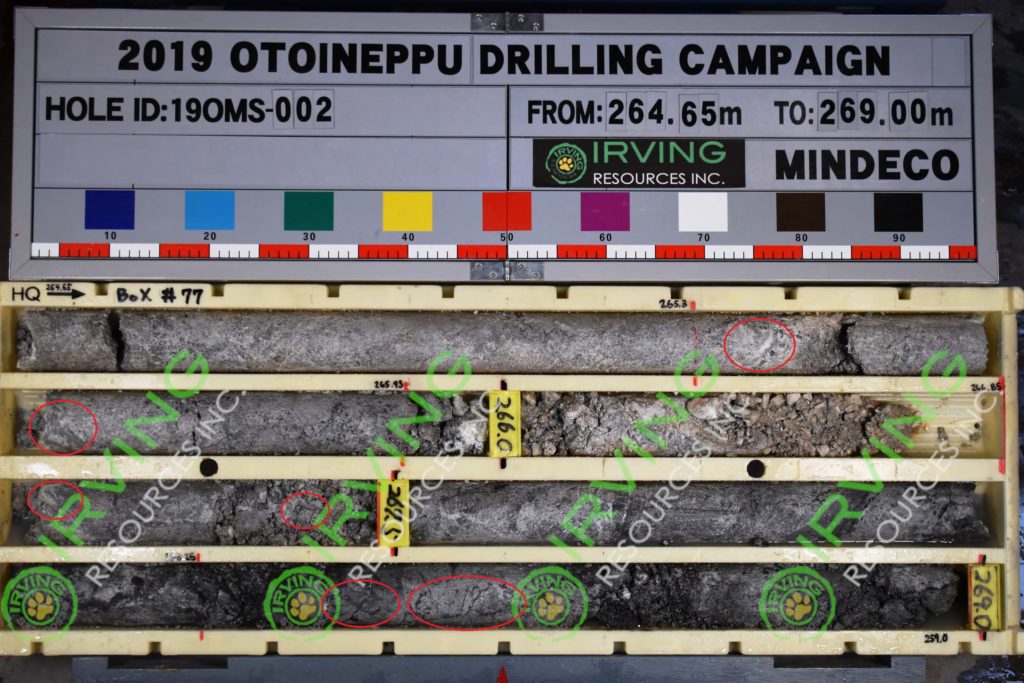 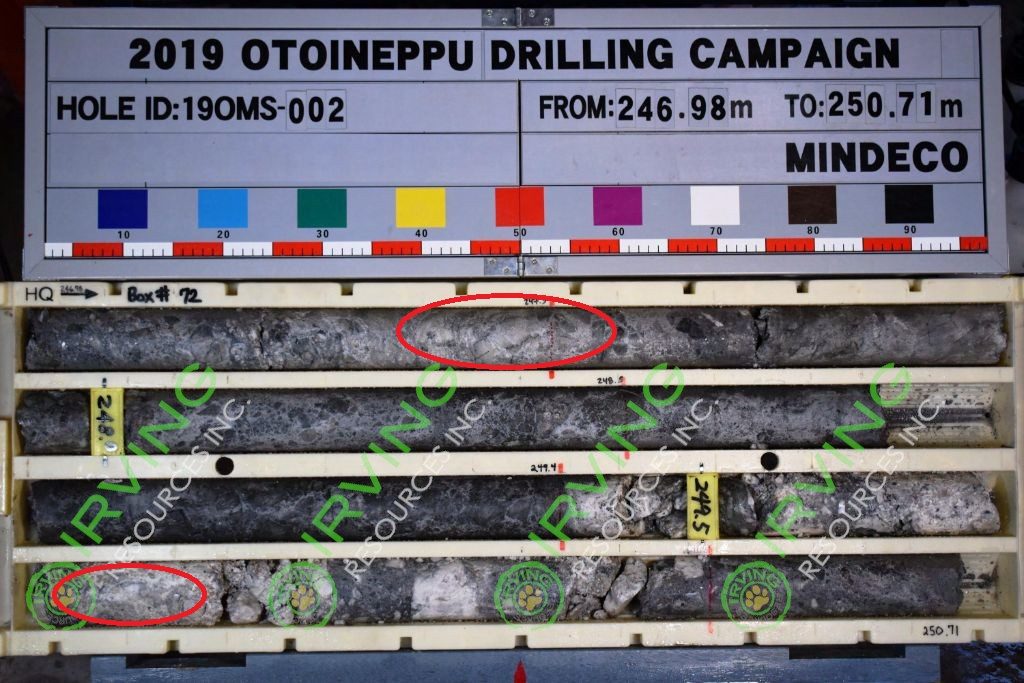 As always, the proof will be found in the assay results but I’m cautiously optimistic that there might be at least some additional gravy on top of the narrow bonanza-grade hit in hole #2. The other two approximately 125m long intervals found in hole #1 and hole #2 does not appear to have any discernible quartz veins but I guess there is a possibility that they might contain some lower grade stuff perhaps. Not holding my breath though.

Another interesting snippet found in the drilling update news release (that I missed at first) was this:

So the geophysics are suggesting there might be a nearby cross structure. If that’s the case then it is a positive thing since it would mean that there is further proof that the area probably saw more than one hydrothermal event. I suspect that this potential structure might be something that perhaps Newmont Goldcorp helped to map(?).

Note: I own shares of Irving Resources and therefore I might be biased. I may buy or sell shares at any time. Always do you own due diligence. This is not investment advice. I can’t guarantee the accuracy of the content in this article.

(hole #3 is currently on progress).