Irving Resources just released an update on the drilling at the Omu Sinter target in Hokkaido, Japan. No additional assay results were released but core visuals from hole #3 have now been uploaded to the Photo Gallery on the company website. We learned that hole #3 had deviated from its intended path and only barely hit the main mineralized trend. It did however confirm the presence of another cross-cutting structure.

There were a lot of addiotional news items and I would summarize the contents of the news release as follows:

I’m obviously very happy to see evidence that the strike of the mineralized structure continues to grow with hole #3 and especially that intensely silicified vein breccia has been encountered. Intensely silicified rock points to a lot of hydrothermal fluids being pumped through the rock, which hopefully were precious metal bearing and deposited some of its cargo in these breccias. As far as I understand: The uglier the rock, the more the rock was impacted by hydrothermal fluids. Furthermore, the presence of finely banded (“Ginguro”) vein fragments is very positive since it is what usually contains the high-grade stuff in these types of system. The fact that hole #3 drifted and did not fully intersect the main structure is a nuisance but of course means nothing in terms of affecting the fundamentals. The apparent fault and displacement of parts of the mineralized trend is the most intriguing detail in my eyes. The increase in pyrite close to the fault is very positive, but again, if the potential increase in mineralization events makes up for the extra hassle of a displaced portion of the system is something I personally just don’t know (I’m no geo after all!). With all that said, exploration is a process and each hole leads to more information, which leads to more efficient exploration. We already know there is high-grade gold and silver bearing material underneath Omu Sinter and there is lots of drilling to be done over the coming months and years!

Slides from the News Release 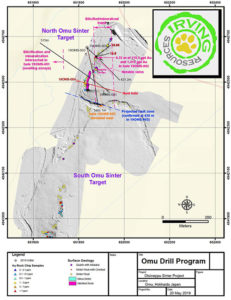 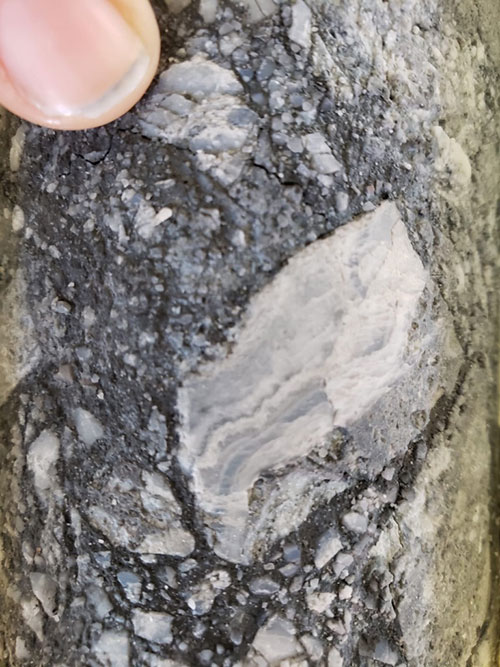 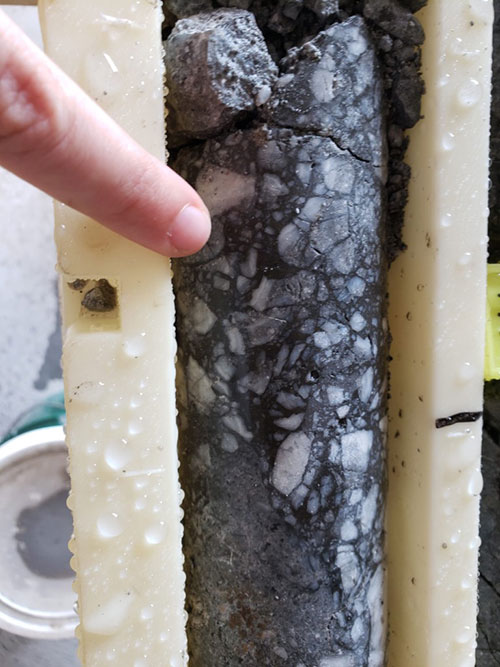 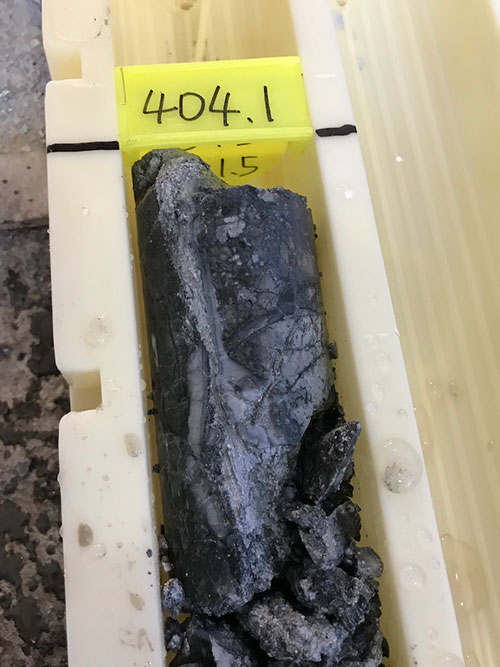 … That vein looks banded to me. Not many bands perhaps, but banded none the less.

Irving has just begun to prove up the very first of at least three targets and given the fact that we got high-grade gold and silver values from the second ever hole, with only a 7m interval being tested so far, I would say that we are already spoiled. What the upcoming assay results from the broader intervals in hole #2 will say, I have no idea. With that said I am cautiously optimistic that some intervals will show some decent amounts of gold and silver at least.  Irving will learn a lot from each and every upcoming hole and we have no idea where the best or worst parts of the system is, but that is what exploration is all about. To learn from every endeavor and get a better and better understanding of the system overall.

(Note: This is not investment advice. Always do your own due diligence. I own shares of Irving Resources and am thus biased.)