White Rock Minerals: Text-Book Example of Why This is THE Place to be

If you want to see a text book example of why the majority lose money over the long term then look at White Rock Minerals today. Down 30% due to hot money (dumb money) selling.

I can’t even buy ASX shares in real time through my broker but if I could I would perhaps have jacked my position up by 50% at the lows tonight.

The fact that some people are willing to give away their ownership of White Rock at a valuation of around US$22 M in Enterprise Value is mind blowing to me. The split up value of the company’s assets is probably at least 3X that amount.

If I could I would buy this company outright, spin out the assets and bag a good return.

The junior mining sector is THE place to be.

You won’t find more people willing to part with their hard earned money than in this sector. SAD.

Red Mountain ALONE is worth more than the current Enterprise Value of the whole company for Christ sake. If they would spin this out, and the NA crowd figured out how silver rich it is, then Red Mountain alone is going to fetch a higher price tag than all three assets combined are getting ATM (IMHO): 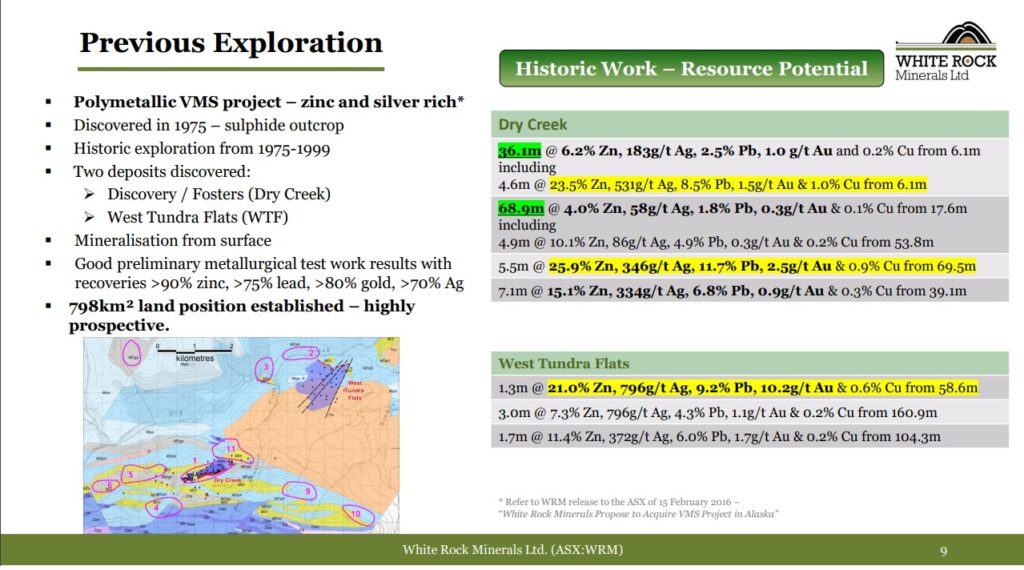 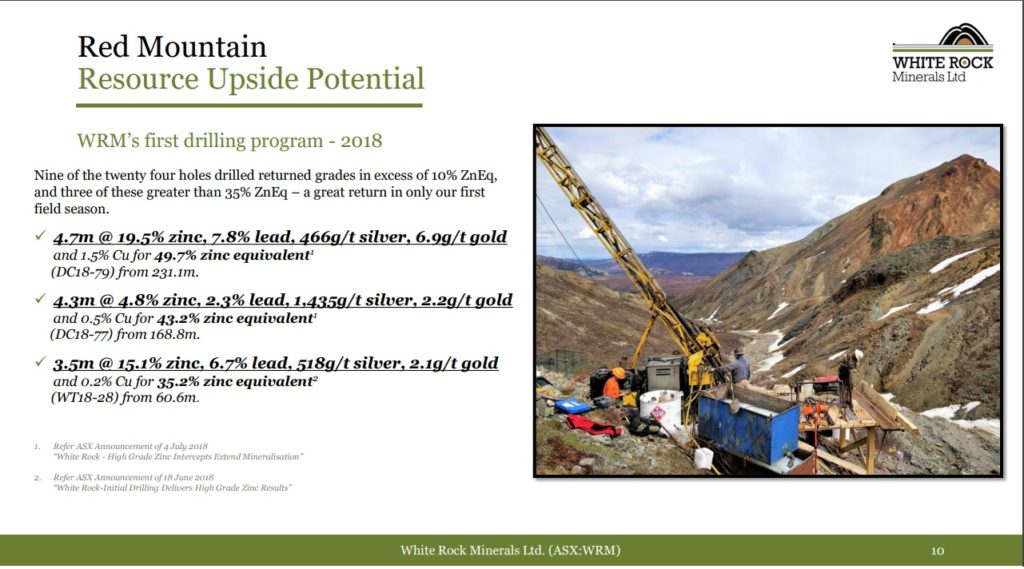 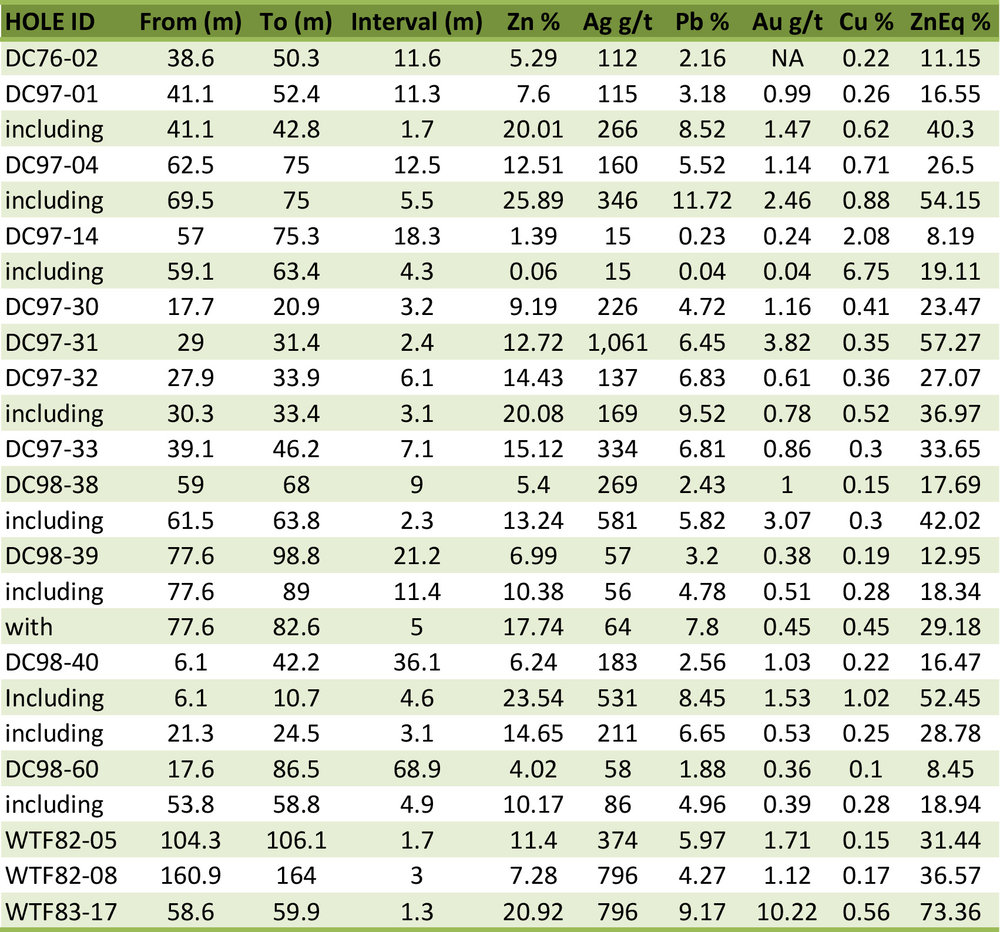 The total JORC resource for Red Mountain is currently as follows:

… The silver portion alone is more than most primary silver juniors have on their books.

White Rock got loads of targets within Red Mountain and it would most likely grow with more drilling. Both Matt and Quinton have stated that they think they actually have a mine if they just double the resource… So 50% from a mine and it’s currently priced like it is nothing.

Then add a potentially soon fully permitted Mt Carrington Project, with $20 M of sunk costs already in place, which is worth over $100 M on paper today, alone: 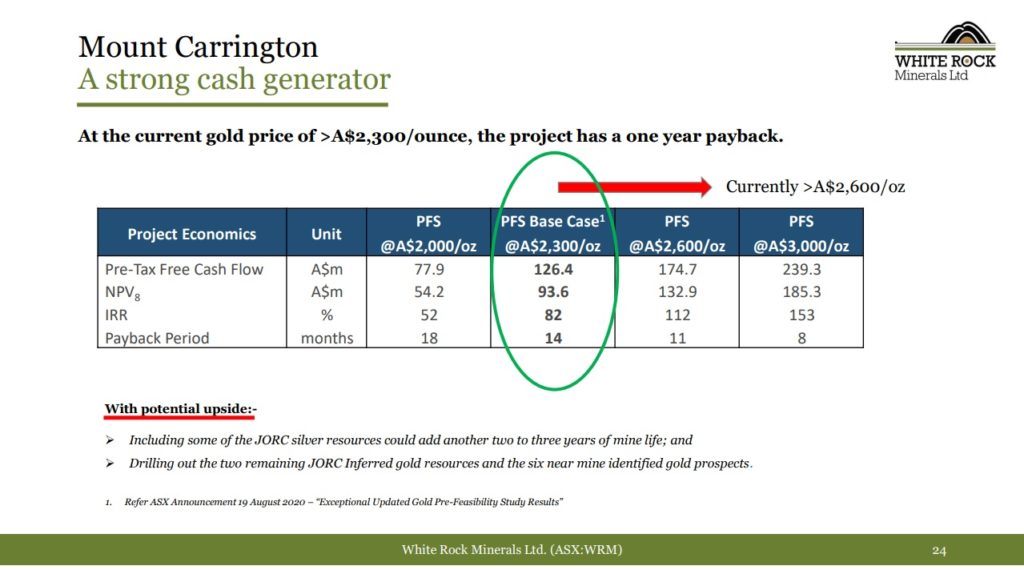 … Australian gold price is currently A$2,690/oz and that study doesn’t even factor in all the resource pits to boot!

The Mt Carrington pits currently have a total resource of:

Again, this is not far from being fully permitted and the project has A$20 M in sunk costs spent on it already: 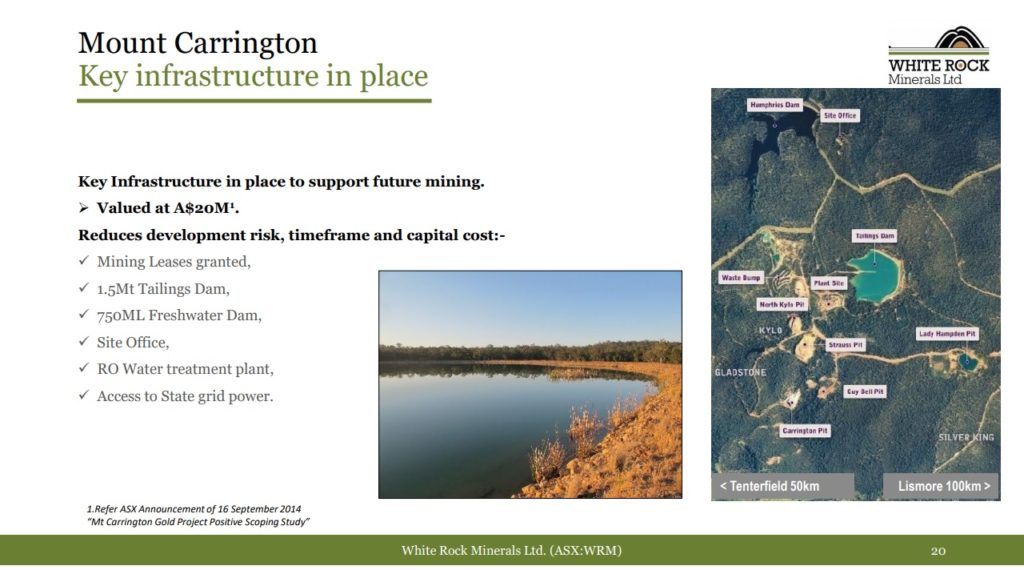 Last Chance is expected to be drilled aggressively next field season…

Something big ought to be lurking somewhere at depth given that…

1. The Huge Gold in Soil Anomaly: 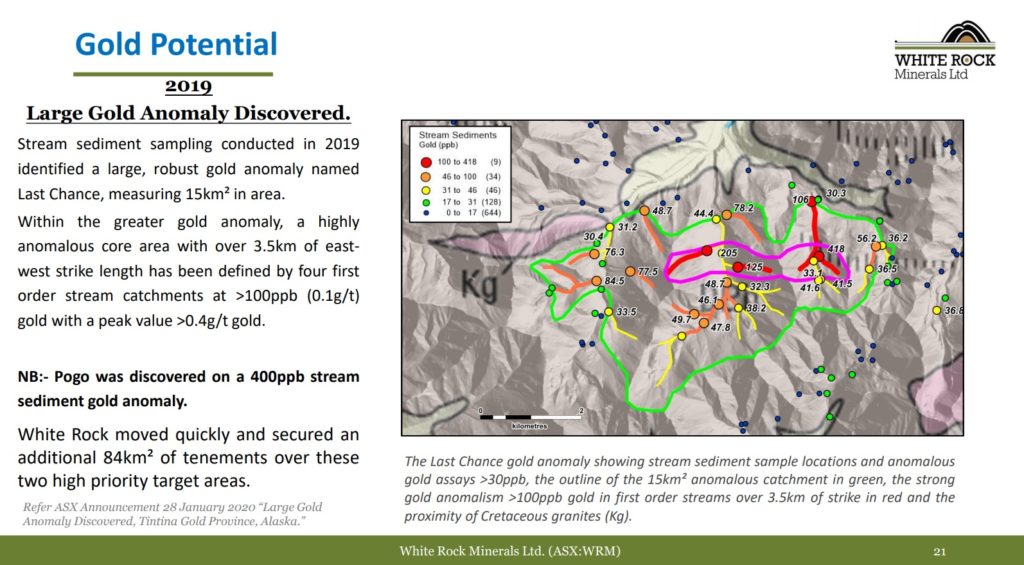 2. The nearby historic placer gold fields: 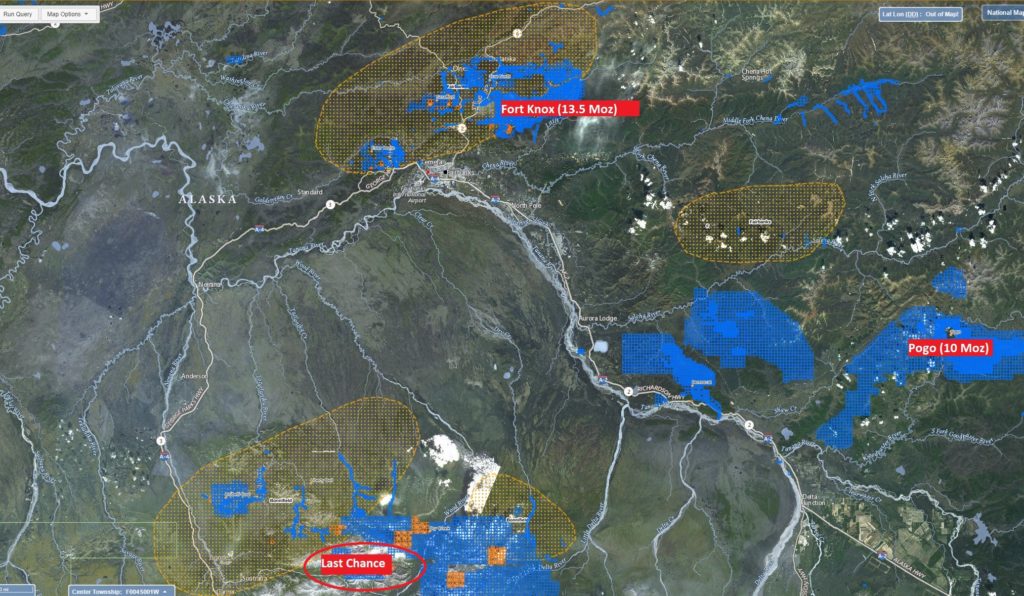 “detailed surface mapping and geochemical analysis and where assay results include 77.5g/t gold and 4,580g/t (147oz/t) silver in rock chip samples and up to 7.1g/t gold in soil samples.”

… All the points above don’t just drop out of the sky. There is OBVIOUSLY something hidden at Last Chance and both soil and rock chip samples are hinting that it might contain some very high grade stuff. In a previous update the company described they had seen evidence of FIVE phases of silification and veining. In other words, the challenge will be to find what actually hosts the gold. A lot of the phases probably created totally BARREN quartz (no material mineralizaion).

The fact remains that all the smoke is suggesting something BIG is hidden here. With that said, the likelihood of White Rock getting lucky by hitting the motherlode from BLIND and mostly SHALLOW drilling was low by default.

When next field season comes around in a few months and the company can (hopefully) have an entire field season at Last Chance and drill deep holes guided by the CSAMT survey results it’s gonna be a completely different matter!

When next drill season is nearing this company is most likely gonna have a much higher price tag, spin out or not. The company is cashed up and might drill both Last Chance and Red Mountain. And this time around they will have CSAMT to guide the drilling at Last Chance instead of just putting in mostly shallow, blind holes.

The way I see it is that anyone being able to buy all three projects at this valuation could probably just wait and get a PROBABLE 50%-100% return before next drill season. And that is without taking any drill risk or anything like that in the meantime.

I mean Red Mountain is probably worth C$50 at least in this market (Just my opinion). Mt Carrington is worth over A$132.9 M on paper and is probably fully permitted soon. Add Last Chance… Yet, the WHOLE company is currently selling for an Enterprise Value of US$22 M (C$30)!!!

US$22 M for a company set for growth and which is STARTING with a universal resource of:

… Across two projects in tier #1 jurisdictions to boot!

You can’t make this stuff up. If I keep finding cases like this I’ll do very well I think. Good luck on finding a junior with lower EV/Oz, with advanced assets, in tier #1 jurisdictions and with tier #1 exploration potential at TWO projects.

Never forget that if/when the market is brain dead, there are often good opportunities. Either to sell something overvalued or buy something undervalued. And this is the most brain dead valuation I perhaps have ever seen. If you are selling this one at these levels then you probably should not be investing in this sector… IMHO.

If you think it’s gonna stay at these levels when next drill season is nearing I think you will be gravely mistaken. I expect at least 50%-100% returns over the coming months just by waiting. No drill risk, no nothing. Just “wait and bag”. If one or more assets gets spun out in some way I would expect the returns to be closer to 100%-200% for, again, just waiting and doing nothing. I don’t come across risk/reward like that every day.

Note: This is not investment advice. I am not a geologist nor am I a mining engineer. This article is speculative and I can not guarantee 100% accuracy. Junior miners can be very volatile and risky. I own a lot of shares in White Rock Minerals which I have bought in the open market. I can buy or sell shares at any point in time. I was not paid by any entity to write this article but some of the companies are banner sponsors of my site.

4 thoughts on “White Rock Minerals: Text-Book Example of Why This is THE Place to be”