Highlights to Date of Phase One Program

Tim Twomey, Senior Geological Advisor to Tombill, commented; “The F-Zone intercept encountered in hole TB21-005A is robust and geologically similar to those I found within the Hardrock project when I was leading the team that delineated the F-Zone for Premier Gold Mines between 2008 to 2012. The area of structural complexity we encountered in our first drill holes required some careful interpretation, but now that we have solved this complex geological puzzle, I am confident the F-Zone will continue westward where it remains open down-plunge. We look forward to seeing results from further step-out drilling beginning with hole TB21-006 that will be collared 150m west of TB21-005. We also look forward to seeing results from wedge hole TB21-005B which we have designed to better test the full width and height of the F-Zone.” 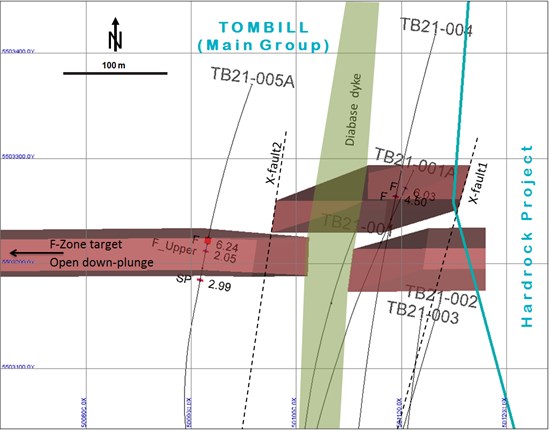 Table 1 – Significant Results of Phase One Program to Date

Phase One Program on the Tombill Main Group is ongoing with five mother holes completed plus three daughter holes or planned wedges (Fig. 1). This program is focussed on the western strike extension of neighbouring Hardrock Project’s robust F-Zone. The area immediately west of Tombill Main Group’s eastern property boundary has been found to be geologically complex with N-S trending faulting and at least one post mineral dyke. Tombill’s geology team have now assembled enough drill-hole data to accurately interpret this area of complexity thus allowing for better targeting of the F-Zone moving forward. The following is a synopsis of the results to date:

Tim Twomey further states: “We are also encouraged by the number of other subsidiary zones that the drilling has intersected on the way to the F-Zone target. These are relatively narrow where they have been intersected due to their different plunge orientation when compared to the F-Zone. So, we believe that when we focus on those zones after the F-Zone is delineated, there will be more robust intersections within those other zones where maximum dilatancy had occurred adjacent to the F-Zone plunge.”

More than 7 km of core have been drilled to date on the Phase One Program. The Program is ongoing with two drills from Rodren Drilling.

To view an enhanced version of this graphic, please visit:
https://orders.newsfilecorp.com/files/7659/87889_tombill2_550.jpg 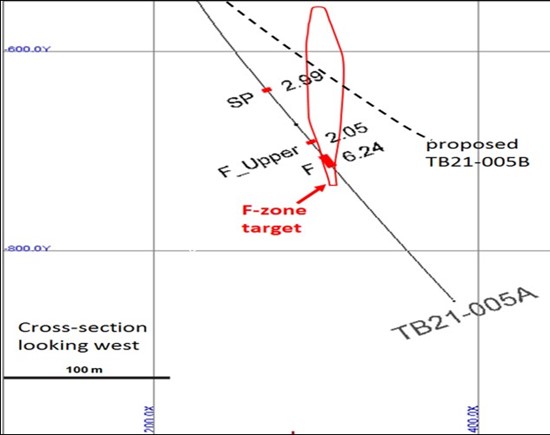 To view an enhanced version of this graphic, please visit:
https://orders.newsfilecorp.com/files/7659/87889_tombill3_550.jpg

Adam Horne, CEO – commented; “Some 400m from hole MM170 on our neighbours claims, and 250m west of our eastern property boundary, our technical team has diligently confirmed the continuation of the robust F-zone plus additional gold zones plunging from east to west onto our ground. Mineralization encountered in hole TB21-005A is in line with that of the F-Zone of our neighbour, Hardrock Project. We aim to extend this 4.5 km long zone as we continue to pursue step-out drilling to the west of hole TB21-005. We are also pleased to be pursuing our new near surface targets for which our preliminary work shows solid potential for discovery of new mineralized zones like those next door at Hardrock.”

Quinton Hennigh, Advisory Board Director, further added; “The first drill holes of the Phase 1 Program clearly showed we were facing unexpected structural complexities near the eastern edge of our target area. The geology team at Tombill quickly interpreted this early data and successfully adjusted the drill program resulting in confirmation that the F-Zone extends onto our ground. Recent magnetic data suggests we should not encounter further complexities as we now step-out further to the west. Exploration is always full of challenges, but in this case, these were met head on by Tombill’s well-seasoned exploration team. It is always a delight to see such work in progress.”

Assays were performed at Actlabs accredited lab in Geraldton, Ontario. Tombill geologists insert blanks and standards into the sample stream at a rate of 1 per 20 samples. A chain of custody is maintained to the assay lab. At present, the true widths of the mineralized intercepts have not been calculated.

Glen Kuntz, P.Geo, of Nordmin Engineering Ltd., is the Company’s designated Qualified Person for this news release within the meaning of National Instrument 43-101 Standards of Disclosure for Mineral Projects and has reviewed and approved its scientific and technical content.

Tombill owns various royalty-free mineral exploration and past-producing gold properties in the Geraldton and Beardmore Camp, Ontario. The Company’s business is mineral exploration, primarily gold. It has 74 claims: 60 are owned and patented, five leased, and nine where it owns the mineral rights. Of these, the Tombill Main Group property comprises 58 claims: 54 owned patents, and four owned mineral rights. The Tombill Main Group claims were originally staked in the first Geraldton Gold Rush in the 1930’s by Tom Johnson and his brother Bill.

Additional information identifying risks and uncertainties is contained in filings by the Company with the Canadian securities regulators, which filings are available at www.sedar.com.

Neither the TSXV nor its Regulation Services Provider (as that term is defined in policies of the TSXV) accepts responsibility for the adequacy or accuracy of this release.