Even though I only own companies that I feel are worth more than their price, I do enjoy looking at charts now and then. My top 3 holdings (Novo, Irving & Lion One) all seem to be stuck in consolidation patterns. Basically I expect them to just churn for a bit until a break out occurs and a lot happens in a short amount of time… Boring until it’s not. 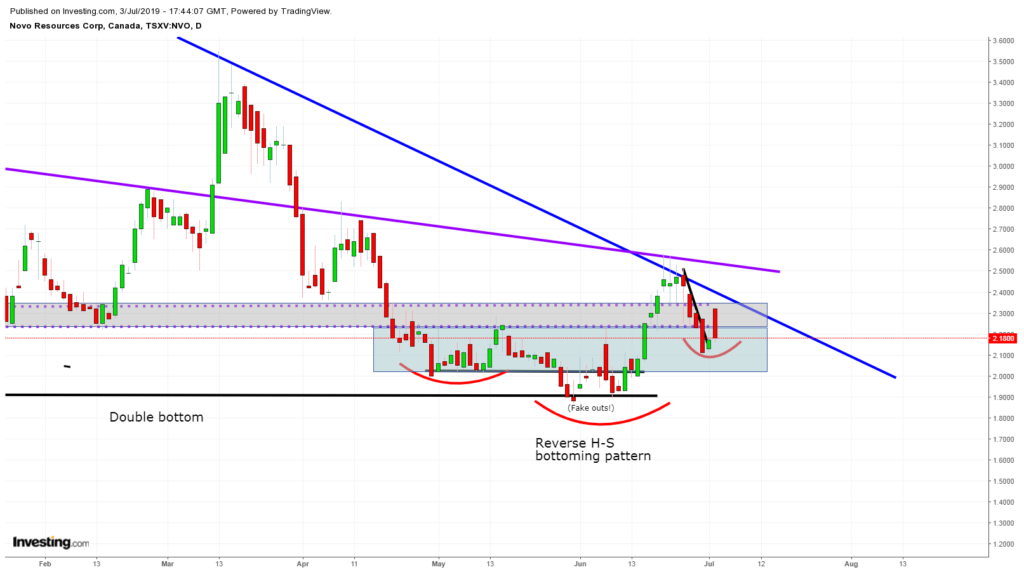 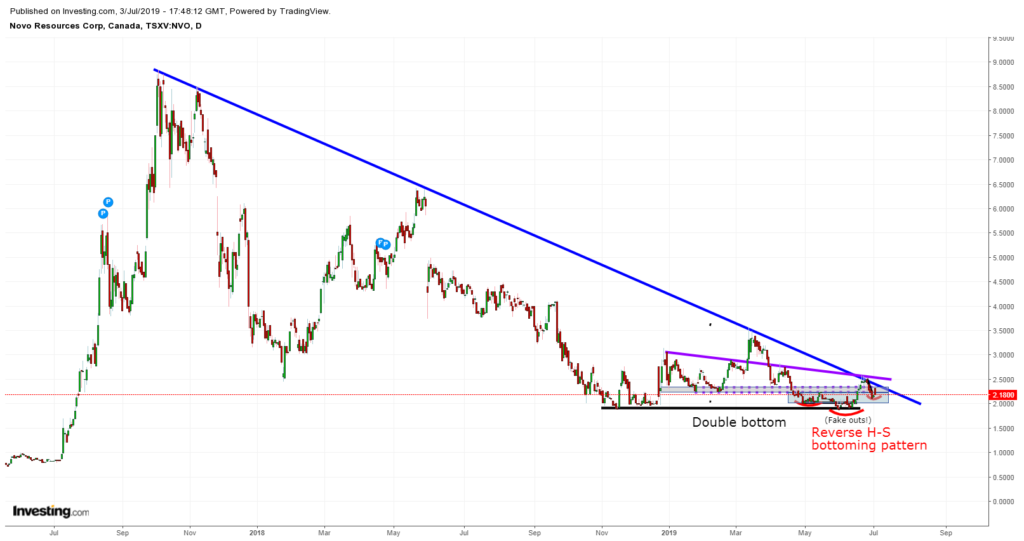 … The blue resistance line has successfully been able to reverse the share price of Novo for the last two years which means it should be a very big deal when it breaks. The fact that we seem to be putting in a large double bottom as well as forming a H-S reversal pattern looks very good to me in that light. In short, we have a down sloping resistance line which we are approaching fast and two reversal patterns suggesting that the trend is changing from down to up. We are nearing the end of the line and something should break within a month’s time. 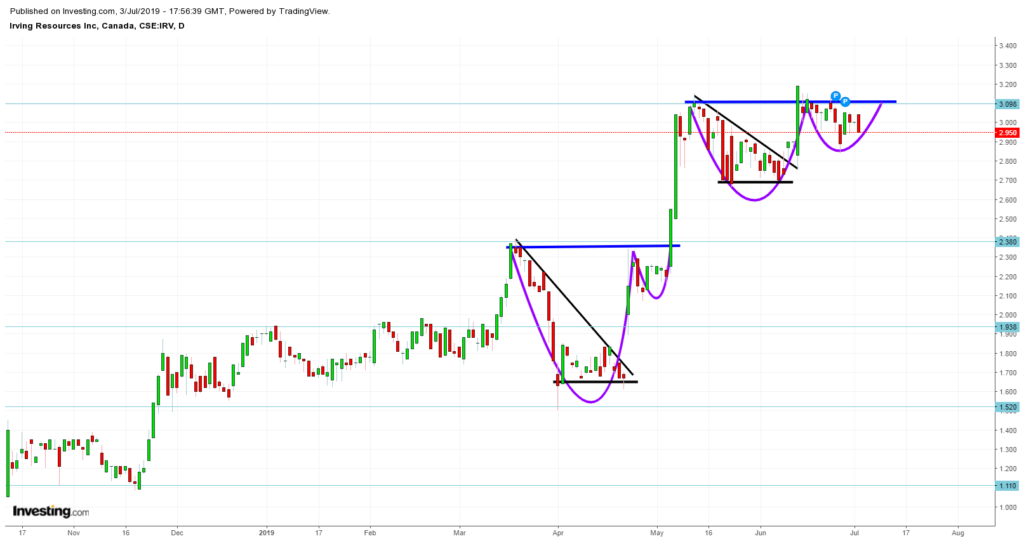 … Irving Resources looks to be trading in a similar fashion as it did only a couple of months ago. To me it looks like a cup-and-handle continuation pattern and that we are currently forming the handle. If/when the blue line breaks, I expect another big jump. 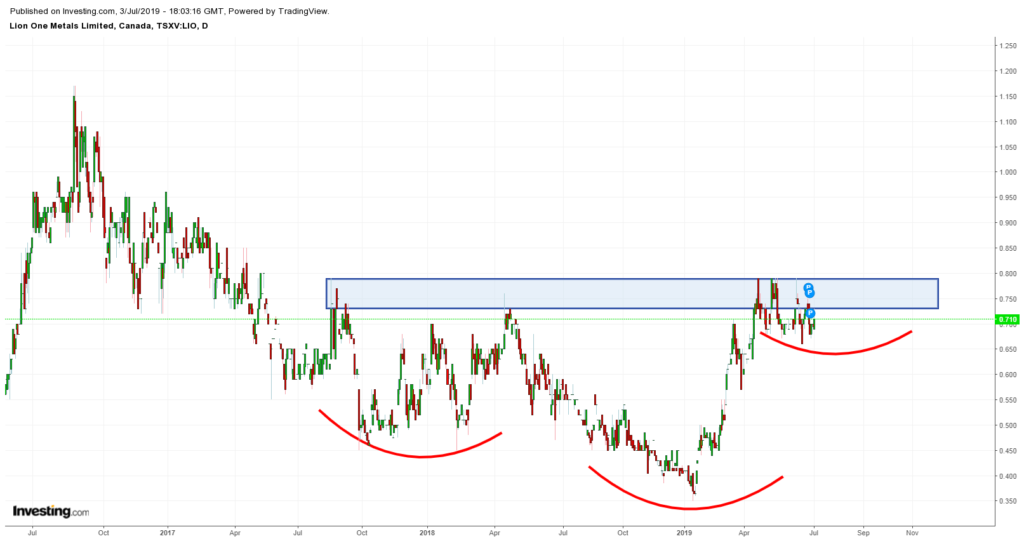 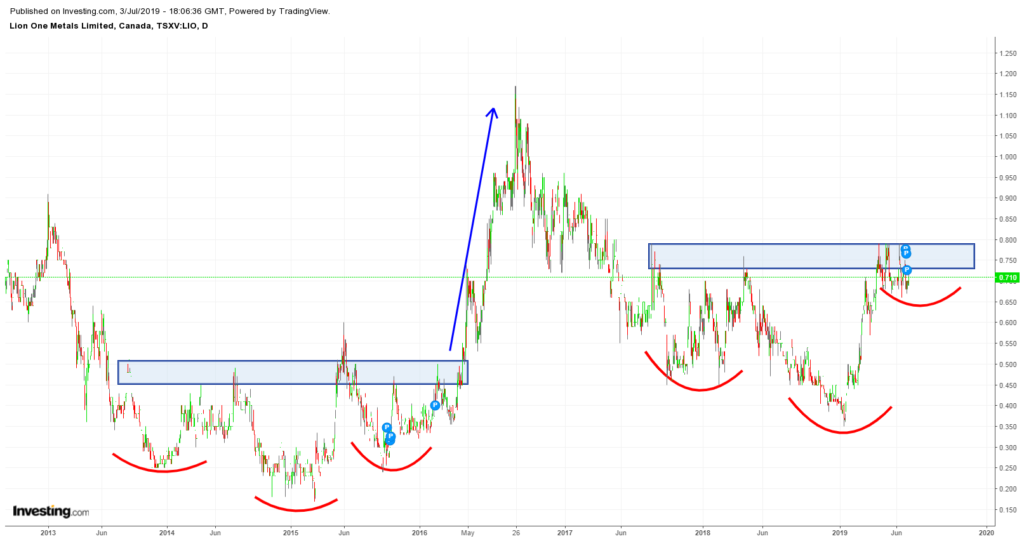 … Lion One looks to be forming another H-S reversal (bottoming) pattern just like it did back in 2015/2016.

All three stocks appear to be nearing the end of either a reversal pattern or a continuation pattern. What they have in common is that their share prices are coiling (low volatility) with no clear direction yet. The same patterns were present in all three stocks just before they made their last big runs. I think this is a good barometer for the junior sector at large since we still haven’t seen those 2015/2016 moves even though gold has broken out to new 5-year highs. Something has to give soon, and if sentiment/buyers finally return, then I hope all three will go from boring to exciting in a hurry. Meanwhile… I patiently wait for the calm to switch into a storm as it always does.

(Note!: These is not trading recommendations. I am not a trader and I own these stocks based on their fundamental merits. Always do your own due diligence. I own shares in all companies mentioned, which I have bought in the open market and am thus biased. Novo and Lion One are passive banner sponsors on my site. )