I believe that there will be some huge moves in the precious metals in the near future since we are nearing the end of some critical wedge patterns in both gold, silver, the silver/gold ration as well as the mining stocks. The direction of the move is unfortunately still unknown, but if we break these trend lines on the upside, I will personally be taking on a bit more leverage.

So here are the charts that are making me very excited in terms of the near future: 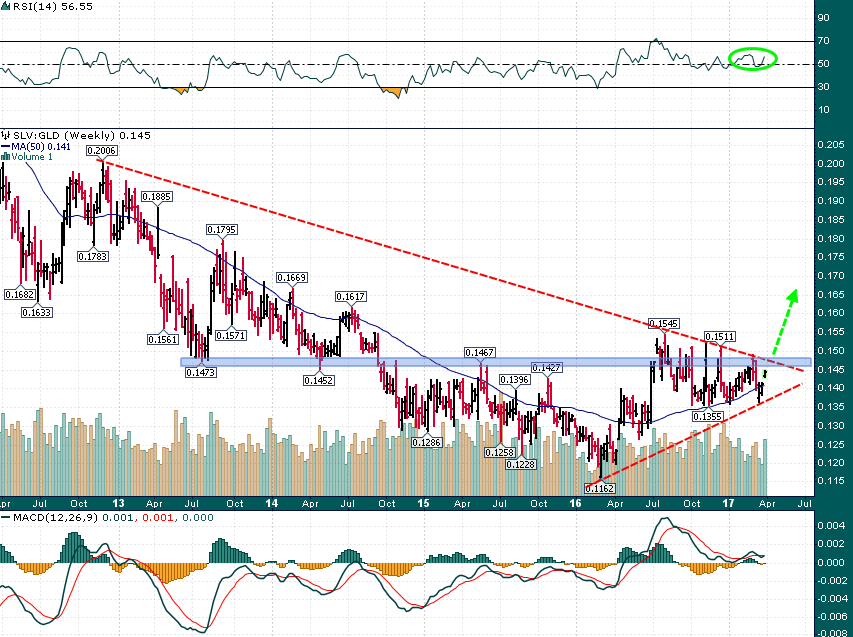 Summing it all up:

Pretty much every major leading aspect of the gold and silver market is nearing a “do or die” moment. All at the same time. A legitimate break on the upside on all of these charts would be a major signal that the bull is indeed alive and well, which should then also kick start the next major leg up.

One thought on “Gold & Silver: The perfect storm?”