Alan Carter, Cabral’s President and CEO commented, “The results from recent trenching west of the main E-W trending Machichie mineralized zone suggest there could be a significant extension to the zone as we currently know it, indicating a possible 60% addition to the strike length of the known mineralized structure. Whilst further trenching is ongoing and drilling is planned, this is a major development in our efforts to determine the size and scope of the mineralized zones at Machichie, which is located just 500m north of the MG gold deposit. It also adds further support to previous drilling which identified numerous near-surface high-grade vein structures in this area of the Cuiú Cuiú property. With the existing two gold deposits at MG and Central, the recent discovery of three near-surface gold in oxide blankets, and a new hard-rock mineralized zone at the PDM target, Cuiú Cuiú is rapidly emerging as a significant gold district, containing multiple zones of near-surface gold mineralization, which are all located in close proximity.”

The Machichie target is located 500m north of the MG gold deposit (Figure 1). It was initially discovered in 2019. Previous drilling at Machichie identified a persistent mineralized zone which is E-W trending, dips steeply to the north. The main zone consists of a high-grade core zone surrounded by a low-grade alteration envelope. This is very similar to the style of primary bedrock gold deposits at MG and Central, as well as the recently announced PDM basement discovery (see press releases dated December 15, 2021 and January 12, 2022). 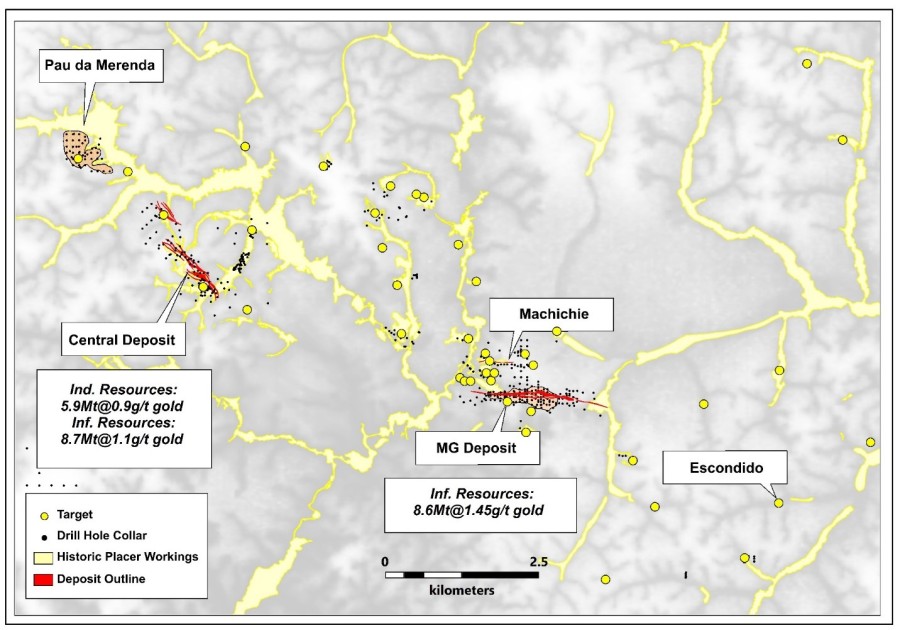 Figure 1: Map showing the location of the Machichie target and the existing MG and Central gold primary gold deposits, as well as the recently identified gold-in-oxide blanket and underlying mineralized zone in hard rock at the PDM target within the Cuiú Cuiú district. Other key targets are shown as yellow circles

In November 2021, Cabral completed three short reconnaissance trenches, totaling 65m, nearly 300m west of, and along strike from the known Machichie mineralized zone (Figure 2). All of the trenches were oriented N-S and were designed to test the near-surface extent of recently discovered mineralized boulders.

In addition, trench CT36, which was developed 100m to the NE of CT35A also returned encouraging results. These included 0.6m @ 12.9 g/t gold, 1.5m @ 1.6 g/t gold and 0.7 @ 1.1 g/t gold. These values may represent a new mineralized structure that is parallel to the main mineralized zone. Narrower similar parallel zones are common in both the footwall and hanging wall of the Central and MG primary (hard-rock) gold deposits, as well as the recent PDM hard-rock gold discovery.

As a result of these highly encouraging results from trenching, the trenching program at Machichie has been expanded, and a planned program consisting of an additional 19 N-S trenches totaling 950m has commenced. This trenching is designed to define the western extent of the main mineralized zone at Machichie. In addition, ten diamond-drill holes are planned to follow up on the trench assay results. Drilling is expected to commence in March. 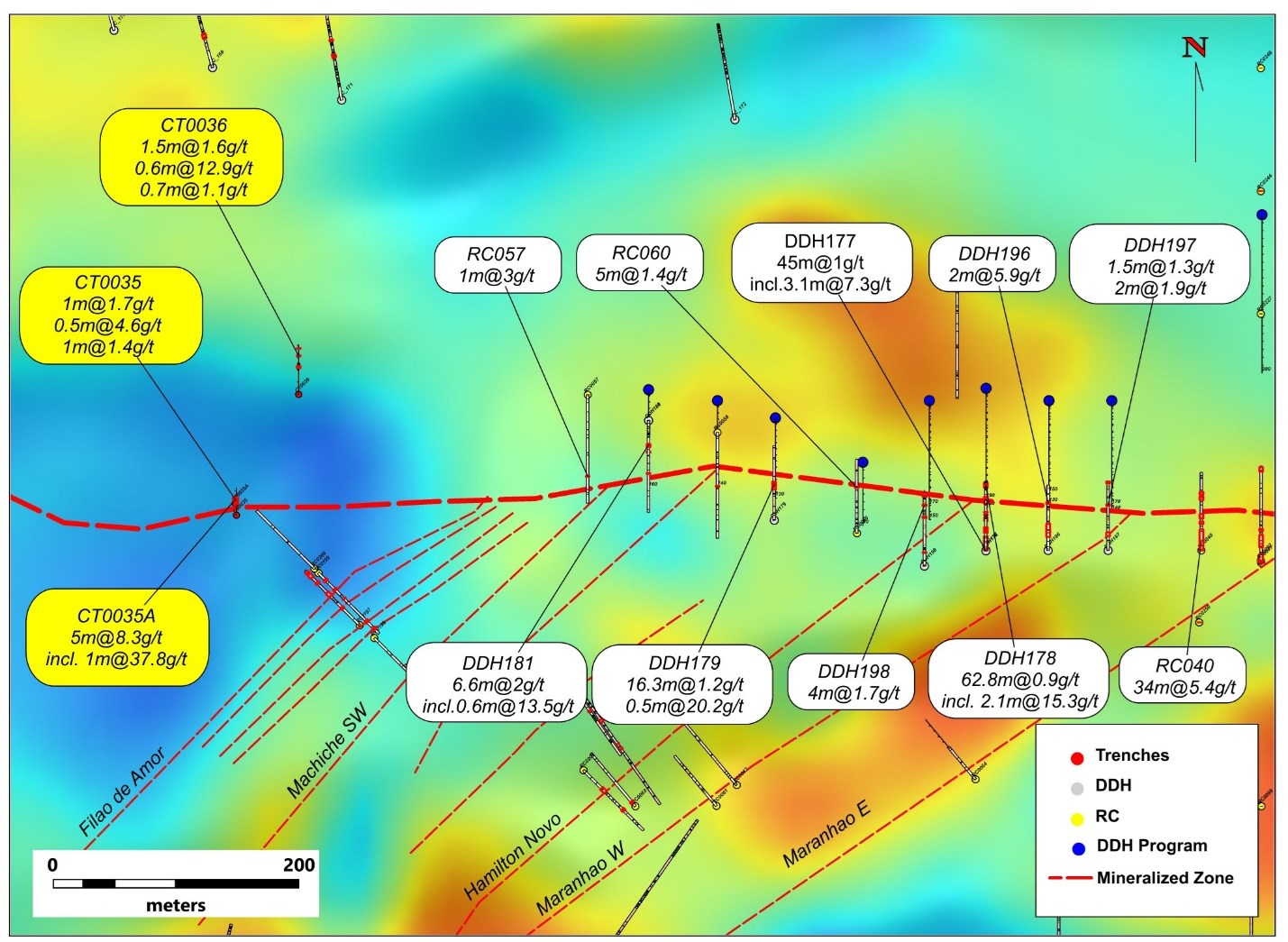 An extensive diamond-drilling program is currently in progress at the primary Central gold deposit. Assay results are currently pending on five holes completed in 2021, from a total program of 43 planned diamond-drill holes at Central. These are designed to further define the high-grade zones at Central.

RC drilling at Central is also in progress above the northern end of the Central gold deposit and results are currently pending on nine holes. This program is aimed at further defining the extent of the gold-in-oxide blanket material intersected in several of the RC holes recently drilled over the northern part of the primary Central deposit, as well as in recent diamond-drill holes over the southern end of the Central deposit.

The Company is a junior resource company engaged in the identification, exploration and development of mineral properties, with a primary focus on gold properties located in Brazil. The Company has a 100% interest in the Cuiú Cuiú gold district located in the Tapajós Region, within the state of Pará in northern Brazil. Two gold deposits have so far been defined at Cuiú Cuiú and contain 43-101 compliant Indicated resources of 5.9Mt @ 0.90g/t (200,000 oz) and Inferred resources of 19.5Mt @ 1.24g/t (800,000 oz).