What I am Reading

In light of all the chaos we see around the world in the wake of the dying FIAT system I picked up a book on that very subject. It’s called “Common Sense 2.0: Freeing America of Debt Slavery“. It basically predicted what we see happening today…

We must end debt slavery

The United States began a depression in 1920 just after the end of World War I. Millions of jobs were lost, thousands of companies went bankrupt while the government provided no support to anyone. That depression lasted eighteen months.

Another depression began in 1929. This time the government stepped in and provided assistance to business to give support to the twenty-five per cent of Americans who had lost their jobs and were on hard times. As a result of massive government involvement this depression lasted a dozen years and needed a new World War to get the country back to work.

We have entered a greater depression. If we allow the government to try to solve a debt problem by going even deeper into debt, it will probably take fifteen years to get the country back on its feet. Maybe another World War.

On the other hand if we restored honest money to our financial system to put the brakes on unnecessary government spending Americans could be back to work again in eighteen months. 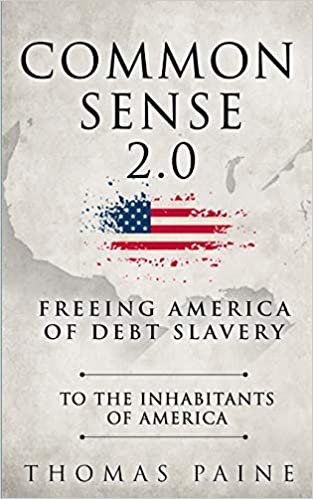 I have just begun reading it but I can say that it’s an easy to read book that is, as the name tells us, full of common sense.

“There is nothing more uncommon than common sense.” – Frank Lloyd Wright